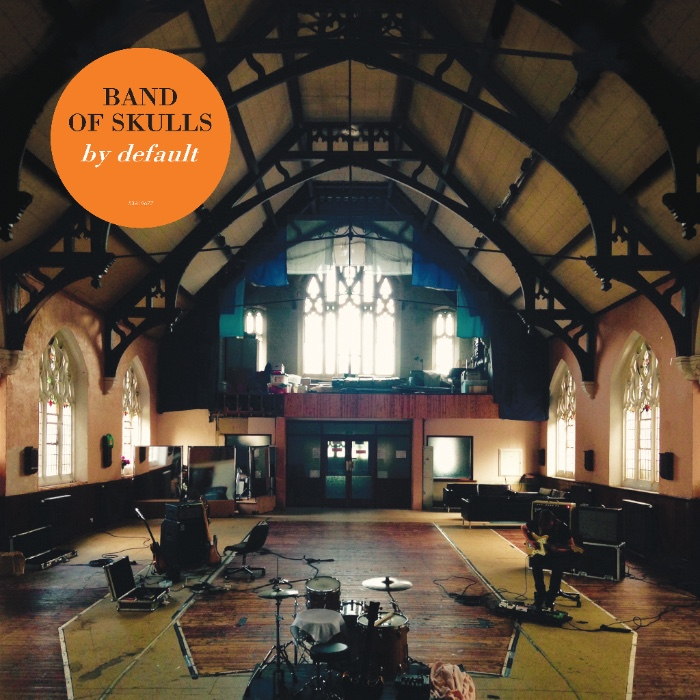 WATCH THE VIDEO “KILLER” AND LISTEN TO “SO GOOD” HERE

U.K. rockers Band of Skulls will release their new album By Default May 27 on BMG, their debut with the label. The band will be performing at Victoria’s Rifflandia Festival (September 11-14) with more Canadian dates to be announced soon.

Produced by Gil Norton (Pixies, Foo Fighters, Patti Smith) and recorded in Rockfield Studios, By Default is the follow up to 2014’s Himalayan which Rolling Stone hailed as “supremely heavy” while Village Voice furthered “Cool enough for hipsters, heavy enough for metal heads, smart enough for muso snobs, Band of Skulls succeed in striking that oft-elusive aural sweet spot for fans of all stripes.”

The record came about via a conscious decision from the British trio to take a step back from their relentless worldwide touring schedule (having never spent more than a month off the road in the last 2 years) to decamp to and write songs in a Southampton Baptist Church-turned-makeshift HQ.

“We went back to square one,” says Matt Hayward. In the church—between visits from the vicar, bringing tea and biscuits on his trolley—they found the new songs in hours of woodshedding on ratty old practice amps. “It’s definitely a new era,” says Russell Marsden. “The first three records were like a trilogy, a piece of work in of themselves. We wanted to do those things, and we did them all. We took a breath, took a look at what we’d done, and started from scratch again.”

SPILL NEWS strives to keep our readers up to date with news and events in the music industry. We keep you informed of the most recent information regarding new releases, tour dates, and information items about your favourite artists.
RELATED ARTICLES
band of skullsbmgkiller
7.0

by SPILL NEW MUSIC on May 13, 2016
New album By Default To Be Released May 27th On BMG Band set to perform at Victoria’s Rifflandia Festival (September 11-14) BMG Records The video for “So Good,” the latest track to [...]

by Daniel Adams on April 15, 2015
THE SPILL MAGAZINE ARTIST PORTRAIT: BAND OF SKULLS Band of Skulls are an alternative rock band that formed in 2008 in Southampton, England. The band consists of Russel Marsden [...]