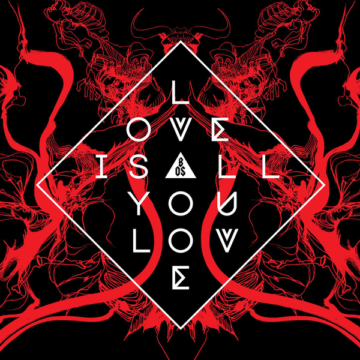 Band Of Skulls
Love Is All You Love
SO Recordings

Led by original members guitarist/vocalist Russell Marsden and bassist/vocalist Emma Richardson, the album features the up-tempo garage rock thrash sound the band is well known for, despite not having their longtime original drummer Matt Heyward along for this ride.

There are some definite highlights on Love Is All You Love including the title cut featuring Marsden’s vocal along with a great chorus, and the first single “Cool Your Battles, with the terrific “Da Doo Doo” background vocal fills. Other tracks that stand out include the Feist-like sounding mellow track “Sound Of You”, featuring Richardson’s vocal, and perhaps the best track on the album, a duet featuring both Marsden and Richardson titled “We’re Alive”. However, it’s not a perfect album by any means, with too many songs that wouldn’t make the cut on my playlist.

Band Of Skulls begin a U.K. tour in support of Love Is All You Love on April 11, and have showcase dates scheduled in May in New York (Mercury Lounge), and L.A. (The Echo).

Gerry Young is President of Current Records and Management, and author of the 2011 biography Pop Goes The Weasel: Rock And Roll Off The Record, available at Indigo/Chapters, Barnes & Noble, and Amazon.com. He has recorded and managed Juno Award winning bands Martha And The Muffins and The Parachute Club among others.
RELATED ARTICLES
album reviewalbum reviewsband of skulls
8.0