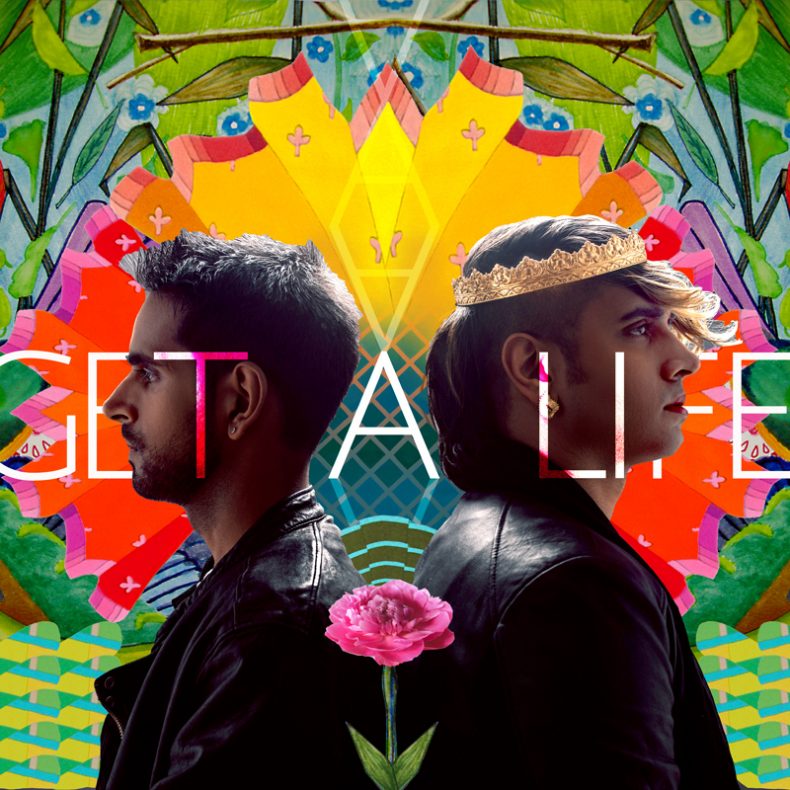 Too Attached are excited to announce that they will be joining Tegan & Sara as special guests for eight dates on the Canadian leg of the Love You To Death world tour (see schedule below).

Too Attached are siblings Vivek Shraya and Shamik who, after building their individual artistic careers over the past decade, decided in 2014 to seriously collaborate for the first time, despite one living in Vancouver and the other in Toronto.

The initial results are Bronze, a sexy and stirring collection of five songs grounded in tough beats, samples and rhymes, all tied together by pop smarts and the mesmerizing sounds of the siblings’ Indian heritage. Bronze is music for the modern world; composed from a bottomless well of influences, yet brimming with humanity.

This past spring, Too Attached released a new single, “Getalife,” which Silent Shout described as “deeply grooving… easily the equal of any songs from the actual EP. So impressed!”

The single coincided with Too Attached’s first live performances, opening for acclaimed Toronto electronic duo LAL. Now, with the upcoming Tegan & Sara dates, Too Attached are poised to win over a new audience with their raw and inventive sounds.

Vivek Shraya is a Toronto-based artist whose body of work includes several albums, films, and books. Her recent photo project, Trisha, received international coverage including NBC, Huffington Post, Dazed, Buzzfeed and VICE, while her first poetry collection, even this page is white, was featured on three CBC Books lists and in the CBC documentary “Where Have All The Poets Gone.”

Vivek’s first novel, She of the Mountains, was named one of The Globe and Mail’s Best Books of 2014, and other accolades include being named a three-time Lambda Literary Award finalist, a 2015 Toronto Arts Foundation Emerging Artist Award finalist, and a 2015 recipient of the Writers’ Trust of Canada’s Dayne Ogilvie Prize Honour of Distinction. Her first children’s picture book, The Boy & the Bindi, will be published by Arsenal Pulp Press in 2016.

Shamik is a producer, beatboxer, and photographer based in Vancouver. As a beatboxer, he toured extensively across 15 countries from 2007-2012. Notable achievements include touring with Method Man & Redman, Q-Bert, Bassnectar, Kellylee Evans, and Tanya Tagaq. He has opened for Thievery Corporation, Z-Trip, Girl Talk, Kool Herc, Excision, Skream, Salmonella Dub, and Flo Rida and shared the stage with beatbox legends Dub FX, Killa Kela, Felix Zenger, and Reggie Watts.

Since 2012, Shamik shifted his focus into production, photography, and running his deep and ambient digital label, Sensing Waves. As a producer, Shamik has released on East Van Digital, Sensing Waves, and he has put out several free singles, EP’s, and remixes. In 2014, he released his Channeling India album, and scored his sister Vivek Shraya’s short film Holy Mother My Mother. The summer, Shamik released a sequel to Channeling India.

SPILL NEWS strives to keep our readers up to date with news and events in the music industry. We keep you informed of the most recent information regarding new releases, tour dates, and information items about your favourite artists.
RELATED ARTICLES
getalifenewstegan and sara