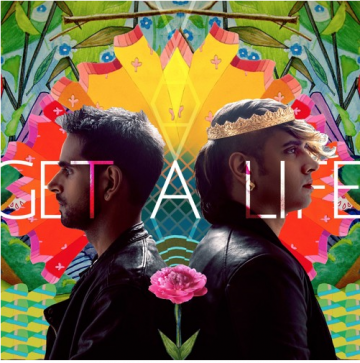 To mark their live debut on April 29 at Lee’s Palace in Toronto, electronic duo Too Attached have released an exclusive new single, “Getalife,” which can be heard at Soundcloud and purchased at Bandcamp.

The duo of siblings Vivek and Shamik Shraya released their debut EP as Too Attached, Bronze, in 2015, after many years of individual artistic pursuits. It was immediately embraced by notable outlets such as Ride The Tempo and Daily Xtra, establishing Too Attached as an important new force on the Canadian electronic music scene. 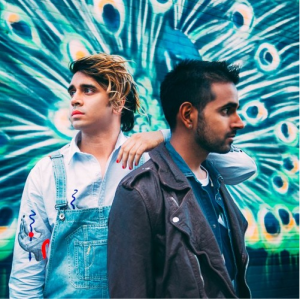 The collaboration originally spanned the country — with Vivek based in Toronto and Shamik in Vancouver — but Too Attached is now prepared to spend more time together as they concentrate on performing live.

Vivek and Shamik had seemingly been building up to making Bronze since their childhood days of singing Hindu devotional songs together. That led to each of them pursuing individual musical interests, with Vivek releasing four solo albums between 2002-2009 and touring North America with Tegan & Sara, Dragonette, and others. Shamik focusedd largely on beatboxing during that time, and toured the world with the likes of Method Man & Redman, Bassnectar, and Tanya Tagaq.

Following that, the siblings ventured into other artistic areas, with Vivek publishing two highly praised works of LGBT fiction, and also making a documentary about their mother. Collaborating on this last project, as well as other recordings over the past three years, eventually led to the creation of Too Attached.

As the songs took shape, Vivek found a lyrical theme in bridging the gap most of us face in maintaining interpersonal relationships in our technological age. While the online fantasy can be satisfying, ultimately it’s touch that we all crave, and depending on one’s mood, Bronze offers both. Too Attached will be taking that message on tour in 2016, proving that what they put down together on record is even more compelling on stage. Bronze is music for the modern world; composed from a bottomless well of influences, yet brimming with humanity.

SPILL TRACK OF THE DAY is published daily, showcasing the best in recent independent releases, with a focus on the Toronto Indie Music Scene. We also feature tracks from across Canada and around the World, including Canadian francophone releases. Remember -- you heard them here first. ;)
RELATED ARTICLES
getalifetoo attachedtotd