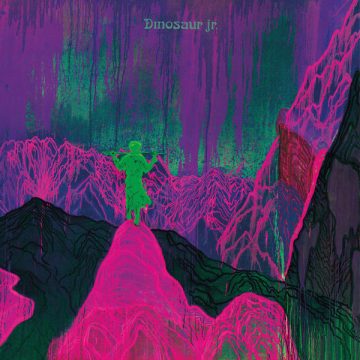 Dinosaur Jr.
Give A Glimpse Of What Yer Not
Jagjaguwar

Having experienced numerous variations and reconfigurations to its lineup over the past 31 years, Dinosaur Jr. proves it is still capable of creating a noteworthy album. Since its reunion more than a decade ago, the trio has now released four albums featuring its signature distorted yet melodic guitar riffs. Dinosaur Jr.’s most recent release for Jagjaguwar doesn’t really introduce anything revolutionary to its sound but it does maintain status quo quiet effectively.

With J Mascis, Lou Barlow, and Murph all bringing their wealth of experience to the table you can expect that Give a Glimpse of What Yer Not is a well-polished album. In fact, it is probably the best assembled vision of their Grungy wha-garnished sound to date. Tracks carry many similarities across the album and border on being difficult to distinguish at times. With such an impressive amount of cohesion it can be difficult to really select standout tracks. There are moments of distinction, though, on “Lost All Day;” Mascis’ relaxed vocal performance subdues the soaring guitars behind it. “Be a Part” also presents some pleasant listening as a subtle organ hums in the background, gently intertwining with the forward churning guitar riffs.

So while Give a Glimpse of What Yer Not doesn’t fail to maintain the work the current iteration of Dinosaur Jr. presents, it doesn’t really propose anything challenging to its longtime fans. Its latest effort will not tarnish its reputation in today’s music scene or truly alter its place in the illustrious history of American Alternative music. With Mascis preserving his position as Dinosaur Jr.’s main material writer and Barlow supplying his typical two songs per album, we get to sample Dinosaur Jr. in its glossiest and most refined rendition. Dinosaur Jr. has played an important part in making Alternative Rock what it is today and will likely continue to contribute to the still-prominent genre.

Here's what we think...
Spill Rating
Fan Rating
Rate Here
New Criteria
10
8.7
8.0
Total Spill Rating
8.7
Total Fan Rating
You have rated this
Album Reviews
album reviewsbe a partdinosaur Jr.give a glimpse of what yer notjagjaguwarlost all daytiny
album reviews, be a part, dinosaur Jr., give a glimpse of what yer not, jagjaguwar, lost all day, tiny
About the Author
Joel Weatherly

I am an Edmonton based musicophile and photographer who loves experiencing music whether it's live or on my turntable. I play seven instruments and go to a lot of concerts.
RELATED ARTICLES
album reviewsdinosaur Jr.jagjaguwar
8.0