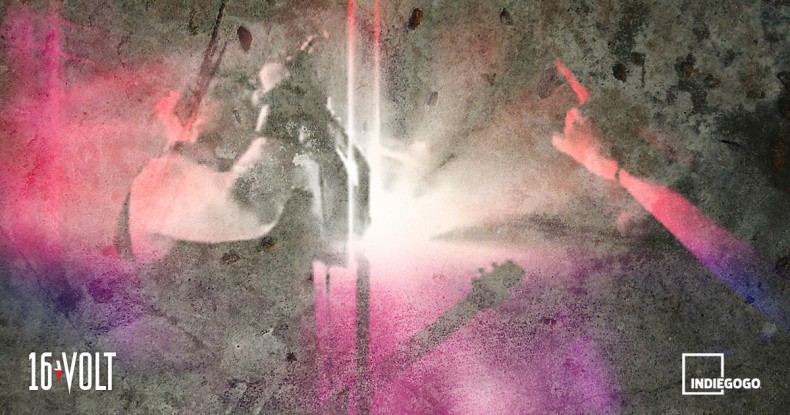 16volt ARE BACK AND NEED YOUR HELP!

16volt is currently putting the finishing touches on writing a truly incredible new album and is set to hit the recording studio with producer Marc Jordan beginning in early 2016!  Marc has worked with the likes of Velvet Revolver, The Cult, Die Antwoord, Slash, Jeordie White (Marilyn Manson), Escape The Fate and many others. The record will be mastered by the legendary Howie Weinberg (Nirvana, Smashing Pumpkins, U2, Metallica, Deftones).

But there’s more! – 16volt will Donate a portion of this campaign’s proceeds to the Wounded Warrior Project (http://www.woundedwarriorproject.org). The Wounded Warrior Project is a very special charity that helps Veterans returning from service who have been injured physically and/or mentally. We are not pocketing the funds. We are not making money. By funding this project you are getting directly involved in the outcome of making this new album and you are also helping 16volt give back to the American heroes who have given so much for all of us.

Want to help support 16volt’s new album?  Click on the Indiegogo link below the video.  😉

SPILL NEWS strives to keep our readers up to date with news and events in the music industry. We keep you informed of the most recent information regarding new releases, tour dates, and information items about your favourite artists.
RELATED ARTICLES
indiegogomarc jordannews
8.0

by Aaron Badgley on May 22, 2019
ELECTRONIC VOYAGER: RETRACING BOB MOOG’S SONIC JOURNEY A CONVERSATION WITH FILMMAKER AND MUSICIAN JASON AMM Where would rock music be today without the Moog Synthesizer? Maybe it is not as common as it once was, but it was and still is a major [...]

by Bryan Williston on April 11, 2019
A TRUE MYSTERY MAN: CELEBRATING NASH THE SLASH A CONVERSATION WITH AND YOU THOUGHT YOU WERE NORMAL CO-DIRECTOR TIM KOWALSKI “Nash had a folklore to him. He was fine with it and he played it up, too. He was kind of like, ‘What you want to believe [...]

SPILL TRACK OF THE DAY: THE WILDERNESS – “MOTOWN”