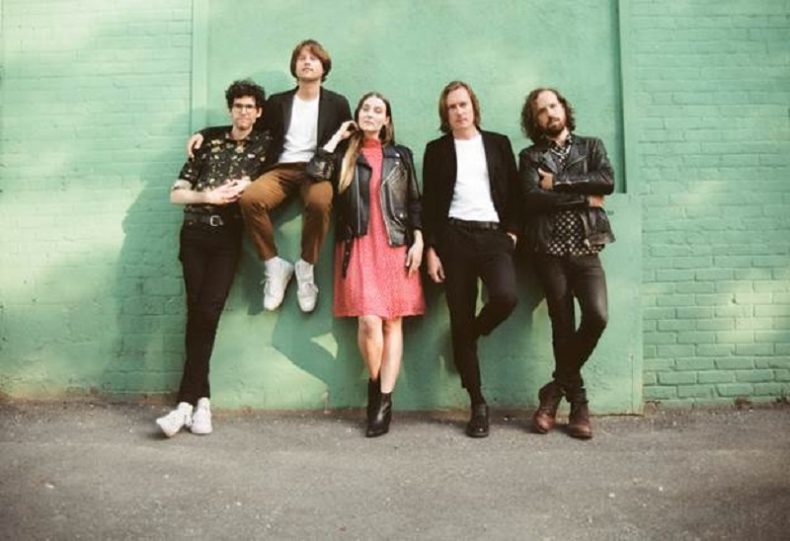 With three full length LPs to their name, including 2010’s self-titled debut, 2012’s Tiger Talk, and 2015’s On Blonde, Vancouver psych rock outfit Yukon Blonde have cemented their status as a Canadian powerhouse, earning comparisons to The Flaming Lips and Phoenix, delivering a welcomed throwback to the 1970’s glory days of rock’n’roll. After linking up with producer Tony Hoffer (The Kooks, Beck, Air) for their upcoming fourth album Critical Hit, out June 22 via Dine Alone Records, they’re aiming to show that Yukon Blonde is much more than just rock, incorporating elements of electronica and erratic pop with their familiar garage rock sound.

The 13-track album is a deeply personal proposition on dating in the digital age. The record channels the varying emotions experienced while navigating the sometimes treacherous waters of today; It’s sometimes tenuous, sometimes depressing, and sometimes jubilant. “It’s hard to do a song by song breakdown, because as much sarcasm and wit as there is on this record, there is some intensely private shit in the lyrics too, and sometimes the vibe is just more our obsession with synthesizers and drum machines, aesthetics over lyrics,” vocalist Jeff Innes says.

After sharing the erratic lovesick synth-pop anthem “Crazy”, the surf rock tinged track “Emotional Blackmail”, and the garage party anthem “Love The Way You Are”, Yukon Blonde today shares a fourth single “Too Close To Love” from their forthcoming album. Opening with nostalgic ’80s tinged, pulsating synths, “Too Close To Love” epitomizes the feeling of the record and sits comfortably between a guitar heavy post-punk and club ready dance music aesthetic. Inspired by Milan Kundera’s The Unbearable Lightness of Being the track ruminates about the heaviness of decisions when dealing with matters of love.

Following a recent European tour with The Rural Alberta Advantage, they’re hitting the festival circuit in Canada this summer, beginning with Toronto’s CBC Music Festival on May 26. More dates to be announced in the near future.

by SPILL NEW MUSIC on July 31, 2017
YUKON BLONDE – “CRAZY” Dine Alone Records After their final European tour in support of their 2015 album, On Blonde, Yukon Blonde were not ready to come home – so they [...]