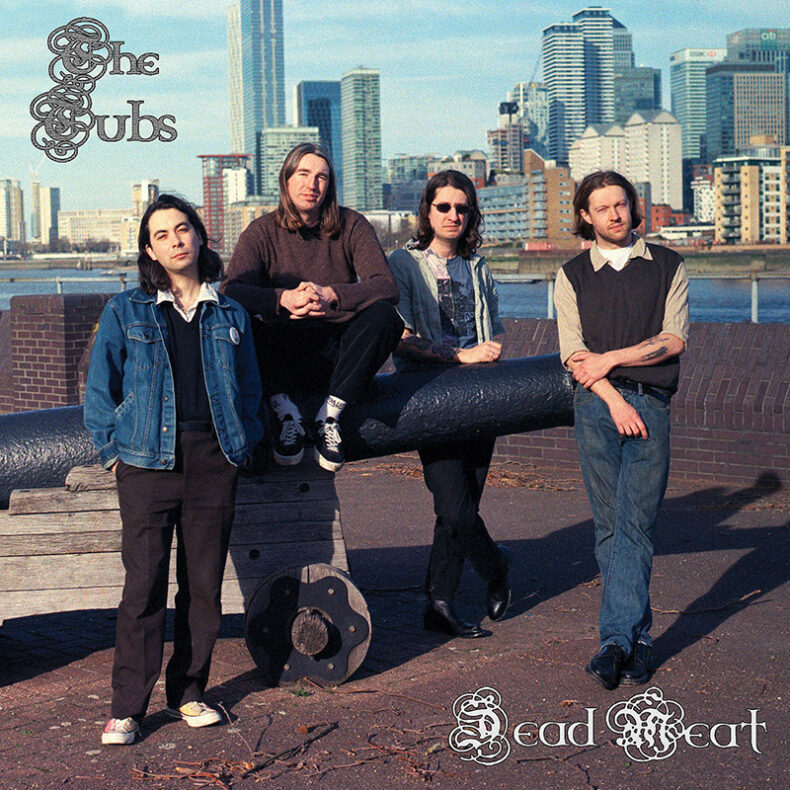 The Tubs  – the London-based Welsh band – present “Dead Meat,” the new single and title track off their debut album Dead Meat, out January 27th on Trouble In Mind. Following “Sniveller,” the “jangly [and] propulsive” (Stereogum) lead single, “Dead Meat” is another high-octane tune. Clocking in just under 2 minutes, “Dead Meat” drives home The Tubs’ knack for highly melodic guitar pop. “This one’s about living in a rubbish filthy flat, wearing a horrible smelly beanie, and running out of steroid cream for the rash that’s spreading up your perineum. And about blaming someone else for all of that.” says vocalist/guitarist Owen “O” Williams. “The lyrics are sung from the perspective of the accused – who’s all like ‘Okay fine blame me if you really want but you’ve always been a depressing crustie.'”

Formed by “O” and George “GN” Nicholls, the primary songwriters from the group Joanna Gruesome, The Tubs are also ¾ths of the “evil” Sniffany & The Nits, as well as the decidedly less evil Ex-Voïd. Despite the bands’ sonic differences, there’s a similar derangement at play beneath The Tubs’ jangle. The Tubs make music that incorporates elements of post-punk, traditional British-folk, and guitar-jangle seasoned by nonchalant Flying Nun pop hooks and contemporary antipodean indie bands. Gearing up to write their debut album, Dead Meat, the band wanted to produce a record which reflects the diversity of their taste while sounding distinctly Tubbsian throughout.

Dead Meat is resplendent in hi-fidelity strum and thrum, but the group’s penchant for traditional British folk and Canterbury folk-rock takes a noticeable, caffeinated step forward. These are pop tunes about erotomania, groinal rashes, extreme acts of sniveling and heinous South London flat odors. Mental illness tends to be a recurrent topic but these songs don’t offer any advice or particular sense of affirmation, relatability, hope etc. If anything, they seem more interested in the ways in which mental illness can turn the sufferer into a petty, annoying arsehole. O Williams explains: “Having a compulsive disorder which makes me go bonkers isn’t my ‘superpower’ or whatever, it actually just makes me this irritating guy who smells.”

The Tubs have never been tighter and more dynamic, often imperceptible ratcheting up the tension, an extra guitar line overdubbed, a barely audible organ/synth cranking under a chorus or bridge, or unexpected backups from vocalist Lan McArdle. The Tubs are poised to take over your stereo – there’s no point in resisting.