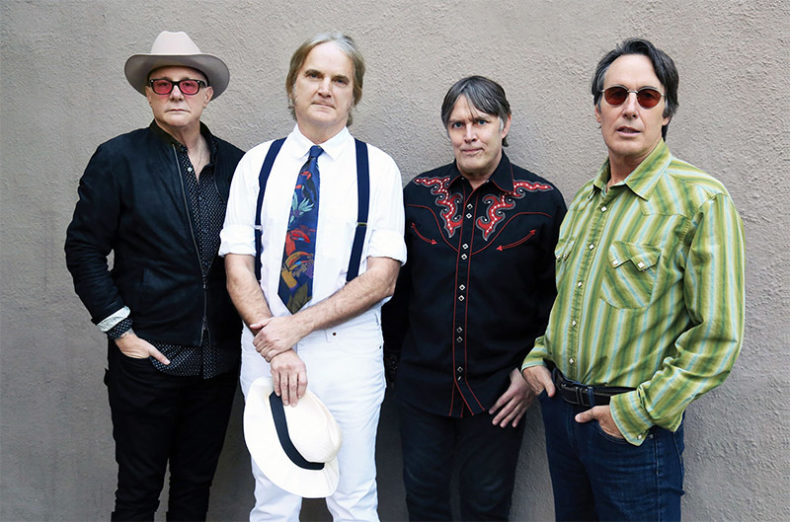 Of the track, which was written by Stephen McCarthy, Sid Griffin explains, “We needed something that was radio friendly and still our sound, something identifiably us with the twang and the harmony vocals and all that stuff. We tried to have that kind of track to kick off all the other albums and wanted to do the same this time, and [‘Greenville’] is what fit the bill.”

The making of Psychedelic Country Soul is arguably thirty years overdue, as Sid Griffin explains: “For years, for decades, the band’s dear friend Larry Chatman said he would never forget Sid & Co for hiring him for tour after tour in the 1980s. ‘I’ll pay you guys back one day’ was Larry’s mantra. Fast-forward to 2016 and I got a call from Larry, who is now Dr. Dre’s personal assistant. Larry made the Long Ryders an offer they could not refuse; a week in Dr. Dre’s state of the art studio in Los Angeles.”

The band then reunited with producer Ed Stasium (Ramones, The Smithereens, Belinda Carlisle, Jeff Healey Band, etc.) and recorded the album over 8 days at Dre’s. The recording sessions included drop-ins from old friends The Bangles who added harmonies, and legendary rock photographer Henry Diltz who took some photos of the guys in action.

Psychedelic Country Soul is a true and unique Long Ryders album that stands up with their classic records like Native Sonsand the unforgettable single “Looking For Lewis And Clark”, but now with a fresh catalogue that is sure to appeal to new listeners and long-standing fans alike.