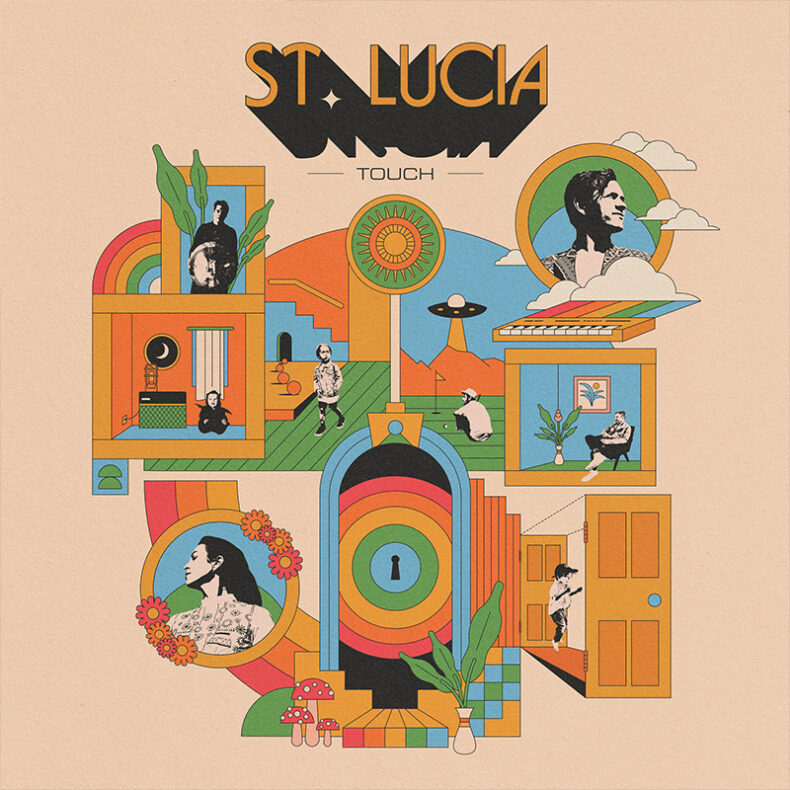 St. Lucia have also shared additional dates and details for their ‘Utopia Tour 2022’ this fall. The Dutch musician and YouTube star Blanks and synth-rocker Caroline Kingsbury will support on select dates. Additionally, having sold out their first show at Brooklyn Steel on November 15th, the band has announced a second show on November 16th, on-sale to the public this Wednesday 7/20 at 10am EST. Renowned for their energetic live shows, this six-week tour is St. Lucia’s first full headline run in four years. See below for the full set of dates, more info and tickets at stlucianewyork.com/live.

Utopia’s lead single “Touch” glides out of the gate on buoyant keys and a head-nodding bass line as the refrain reaches for ecstatic yacht rock. As if sticking his head out of the window of a DeLorean, Jean-Philip croons in a glorious high register, “Oh, I need your touch.” The track is complemented with mirthful, 80s pop culture-ingrained visuals featuring LGBTQ+ dancer/actor Liv Mai along with Canyon Carballosa, an inspiring advocate for both the LGBTQ+ and autistic communities.

“To me, ‘Touch’ feels like all my favorite yacht rock tracks distilled to their essence and sent through the St. Lucia filter,” says Jean-Philip Grobler. “I’ve always felt that a song like this would suit us because we’re so associated with sunshine, it just took a few years to arrive. Thematically, the song is about how even when you’ve broken up with someone you were in a relationship with, you can still desire them, which is a strange but very human predicament to be in. It also speaks to our deep need for human contact after we were so deprived of it for the last few years. So go ahead, tell someone you need their touch.”

* with Caroline Kingsbury
^ with Blanks

SPILL ALBUM REVIEW: THE FRANKLIN ELECTRIC – IN YOUR HEART

by Talia Boettinger on February 21, 2020
The Franklin Electric In Your Heart Nettwerk Life goes on, and all is remembered in music. An incredibly personal album, In Your Heart is undeniably sorrowful, and yet hopeful [...]

SPILL NEWS: JON BRYANT ANNOUNCES NEW ALBUM ‘CULT CLASSIC’ RELEASING MAY 17 | “DID WHAT I DID” VIDEO OUT NOW