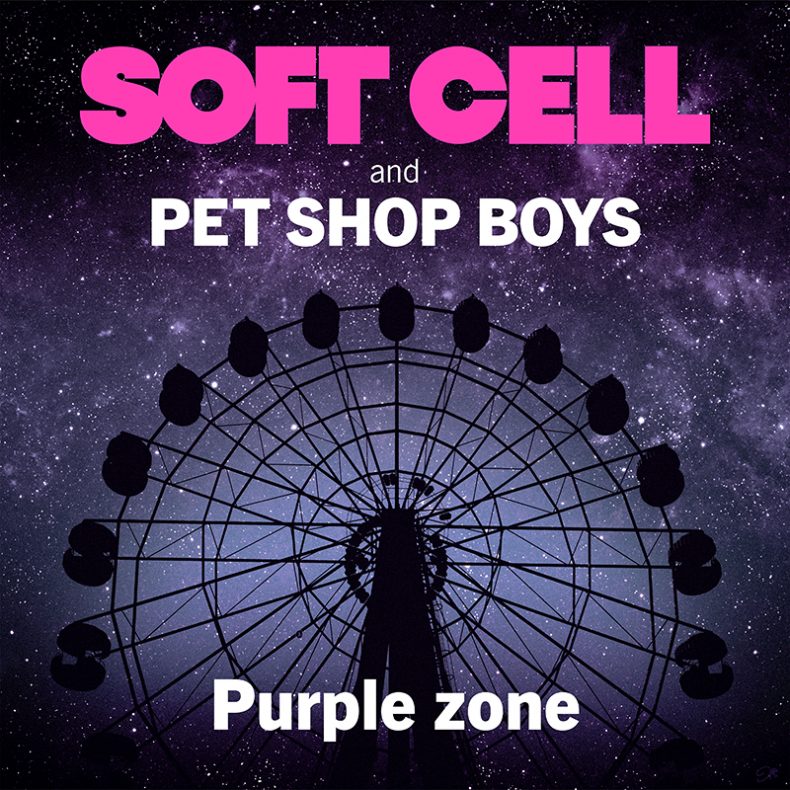 Having closed 2021 with a critically acclaimed sold-out UK tour, Soft Cell today by shares the new single ‘Purple Zone’, a new collaboration with Pet Shop Boys. The song will be included on their much anticipated fifth studio album Happiness Not Included which is now scheduled to be released on May 6th.

“Purple Zone” is now a dream duet for synth-pop connoisseurs as Marc Almond’s ultra-expressive delivery intertwines with Neil Tennant’s wistful yearning, encapsulating the existential questions about the passing of time that are posed throughout the course of the album. Raising its tempo, Pet Shop Boys also added a hi-NRG sheen that elevates the track’s moody melancholy, Chris Lowe’s trademark high-drama synths producing a theatrical intensity.

Marc Almond says, “Working with the Pet Shop Boys was a pleasure, and this track is the perfect combination of us and them.”

Pet Shop Boys add, “We are thrilled to collaborate with such an inspirational duo as Soft Cell on this gorgeous song.”

‘Purple Zone’ will also be released on CD and 12” formats, which are available to pre-order here.  The CD also features Soft Cell’s take on the X-Ray Spex cult classic “The Day The World Turned Day-Glo”, and the Manhattan Clique remix of ‘Purple Zone’, while the 12” boasts a full selection of mixes by Pet Shop Boys.

Along with the recent single “Bruises On All My Illusions” and the album title track *Happiness Not Included, “Purple Zone” primes fans as to what to expect from Soft Cell’s first album in twenty years:  a distinctive and striking balance between light and shade, hope and despair, the personal and the universal. *Happiness Not Included is available to pre-order HERE.

It’s been two decades since Soft Cell last released an album, but the influential synth-pop duo still provokes a huge amount of public fascination. News of *Happiness Not Included sparked international from all major music publications – in the process igniting a platform for them to add to their previous achievements: 25 million sales, six UK top 10 singles and a BRIT Award. Their innovative cocktail of songcraft and future-facing production continues to cast an influence over the wider world of music, as most recently demonstrated by Jamie Jones’ remix of the era-defining smash “Tainted Love”.

by SPILL NEWS on October 14, 2022
DURAN DURAN ANNOUNCE FEATURE-LENGTH DOCU-CONCERT FILM A HOLLYWOOD HIGH FUTURE PAST OUT NOW VIA TAPE MODERN/BMG Duran Duran have confirmed details of a brand-new, 75-minute docu-concert film, entitled A Hollywood High, that captures the band [...]