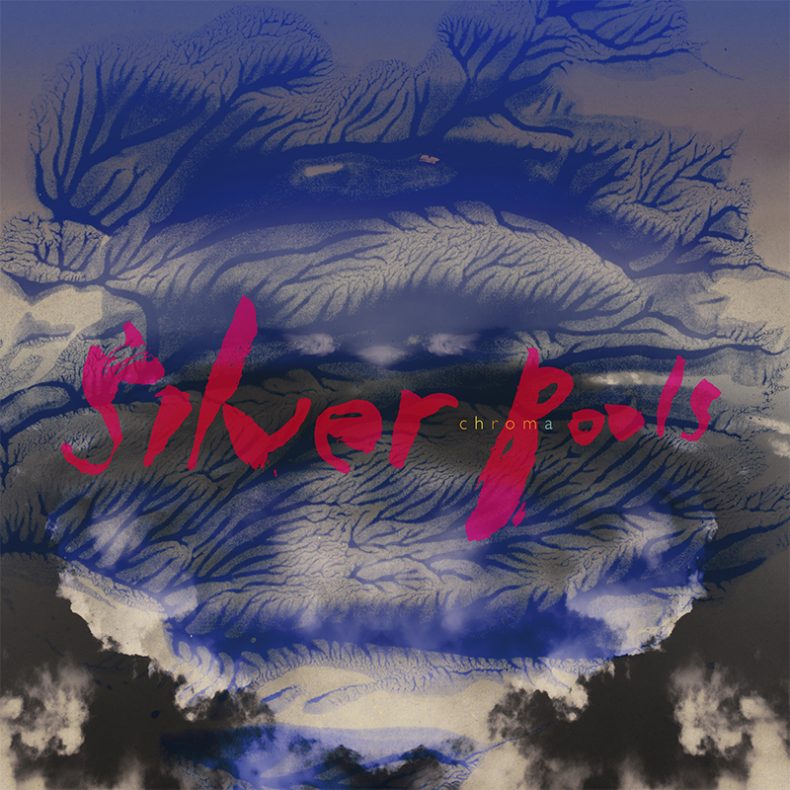 Silver Pools are sharing another track from their upcoming album, Chroma. Following singles “In The Night” and “Bleach Cloud (Lay Down In The Road)”, third single “Farmhouse” was inspired by “my experience with Gestalt therapy; visualization exercises and grounding myself within the physical world,” says songwriter Todd Macdonald. ‘toe in the sand, now you bury your legs / you can feel the weight in your chest again’. The song was co-produced by the prolific electronic music producer Matt Thibideau (Altitude, Graham Van Pelt, Regina Gently, Repair) and has additional synths added by Mark Thibideau and Dustin Good as well as background vocals by Soren Brothers (The Winks, Man Meets Bear).

Out on August 20 via Modern Laundry Recording Club, Chroma is the first album since Silver Pools’ debut in 2016, Memoirs Of An Oblong Sphere. Silver Pools began as the solo project of musician and producer Todd Macdonald (The Winks, Norvaiza) and has grown during the making of the album to include visual artist Miranda Crabtree on vocals and keyboards and video director Adrienne McLaren on vocals and bass.

The songs are based on universal themes: relationships, dreams, mental health, politics, and mortality but are woven in the surreal and symbolist style Macdonald has been developing since his days in the 2000s dadaist baroque punk band, The Winks. Chroma features a wide spectrum of sounds, colours and textures; a delicate mixture of acoustic instruments, analogue synths, drum machines, live percussion, samples, electronics and intimate vocals. The lush production was influenced by countless recordings but the main stand outs are the album Faith by The Cure and the work of John Collins and David Carswell, most notably on Destroyer’s album Kaputt. The latter duo (also known as JC/DC) were a more direct influence on Macdonald. In the mid 2000s, JC/DC produced The Winks’ Birthday Party (2006) album and Macdonald played mandolin on two songs on the The New Pornographers’ Twin Cinema (2005) album which they also produced.

Chroma is also greatly enriched by the talented guest musicians that appear on the album. Macdonald met many of them while working at the downtown Toronto music store and electronic music hub, Moog Audio, which has recently had to close its doors due to the pandemic. Prolific electronic music producer Matt Thibideau (Altitude, Graham Van Pelt, Regina Gently, Repair) co-produced the song “Farmhouse” and also added synths to “Crushed Hat”. Dustin Good played and programmed synths on “Farmhouse” and “Bleach Cloud (Lay Down in the Road)” and Tim Adams and Mario Anzola (Anzola) added live drums to “A Kiss For The Swimmer” and “Digital Race” respectively. Artist and designer Andy Vella (The Cure, The Rolling Stones, St. Vincent) created the stunning artwork for Chroma; mirroring the music by blending organic textures and paint brush flourishes with bright digital colours and fonts.