SPILL NEW MUSIC: RUNHIDEFIGHT – “BECAUSE I LOVE YOU” 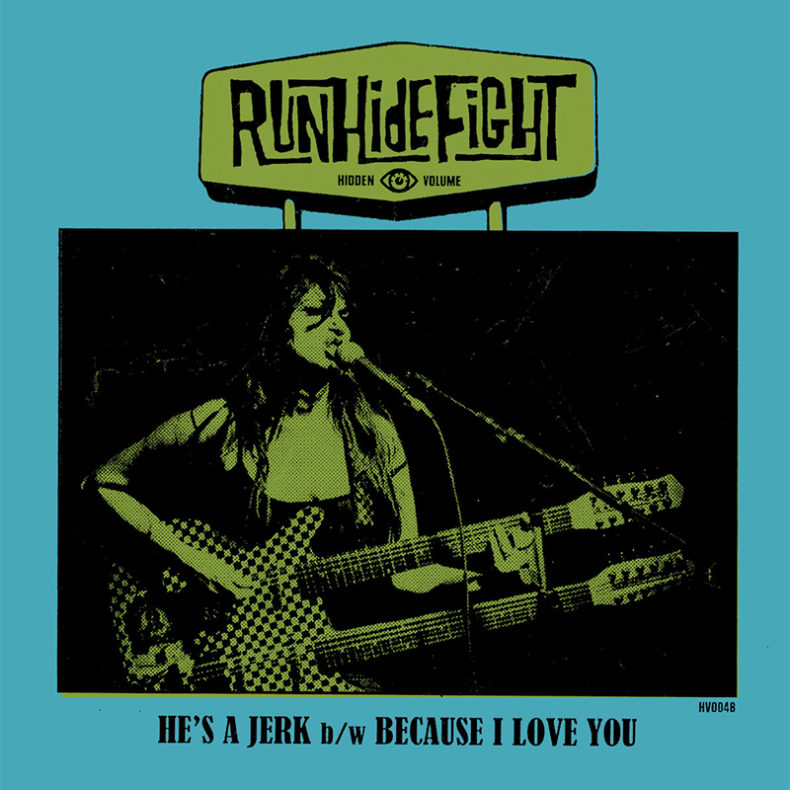 RUNHIDEFIGHT – “BECAUSE I LOVE YOU”

“Because I Love You” comes along with some fittingly throwback visuals – inspired by The Archies’ ‘69 video for “Sugar Sugar.” Explains Geeta, “Our music has a strong ‘60s influence, and we wanted to acknowledge that, but without mindless nostalgia and also while acknowledging a lot of the problematic parts of retro culture.” The video flips the gender roles of the typical kissing booth and dudes-on-guitar band setup.

A standout in the video isn’t one of the band members – it’s Geeta’s custom-made one-of-a-kind 24-string 12/12 doubleneck guitar-sitar, made by luthier Chris DiPinto. She explains, “The more I thought about it, the more I realized that Nuggets-era ‘60s psych bands were a huge part of my musical bedrock; so many of them drew on the tones and melodies of Indian classical music, perhaps following the Beatles’ cue. I decided to culturally re-appropriate that sound and throw in some electric sitar. The instrument, as well as the goddess Saraswati sticker that’s on it, are tributes to my cultural heritage.”

“Because I Love You” can be streamed now on all digital platforms, and stay tuned for the release of the 7”, featuring A-Side “He’s A Jerk,” out November 30 via Hidden Volume Records!