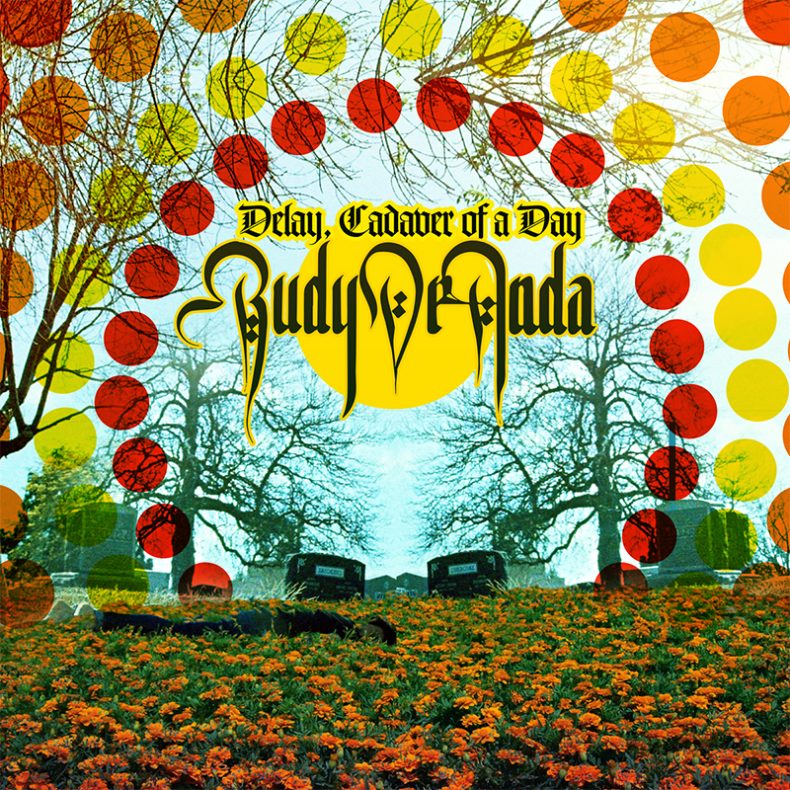 There is a tidal wave of cross-cultural expression washing inland out of Long Beach and Rudy De Anda is at the forefront of this genre-bending, sonic re-definition of the musical melting pot. Rudy De Anda will release Delay, Cadaver of a Day on June 24 via Porch Party Records.

Delay, Cadaver of a Day was recorded at Jazz Cats Studios (Crystal Antlers, Day Wave, Hanni El Khatib) and is a brutally honest, gritty, and loud representation of Rudy De Anda’s auditory range. It weaves sweeping melodicism with a dynamic interplay of soul and punk-rock and showcases the darker side of the Californian musician.

Inspired by The Velvet Underground, dissonance, and shoe-gaze, Delay, Cadaver of a Day conjures up imagery of Fellini stumbling upon the city of Long Beach, and goes from optimism to mystery almost immediately. “It’s like a black and white film shot in present time,” offers De Anda about the album. “It’s the soundtrack to a Criterion Collection piece based in LA with more surrealistic notes, feelings, and vibes.”

Delay, Cadaver of a Day is the follow up to De Anda’s debut EP, Ostranenie, released last year. The EP was a result of Rudy’s craving to begin a solo project after fronting psych-prog group Wild Pack of Canaries. In 2013, when the band was treading on and off hiatus, De Anda started writing his own songs and was approached by one of his musical mentors, Isaiah “Ikey” Owens (Mars Volta, Jack White) to record. Lost in their effortless chemistry, the two friends setup sessions in Ikey’s living room in-between his Nashville trips and his Jack White tour schedule.

Rudy De Anda’s live show is backed by a rotating cast of friends who are part of other notable projects including Crystal Antlers, DeLux and Meow Twins. Additionally, De Anda is part of a budding Los Angeles artist group called Qvolé Collective representing and celebrating progressive Latino music. Rudy De Anda has been busy creating a following from Long Beach and L.A., as well as tours down to Mexico and up to Santa Cruz, San Francisco and the southwest.