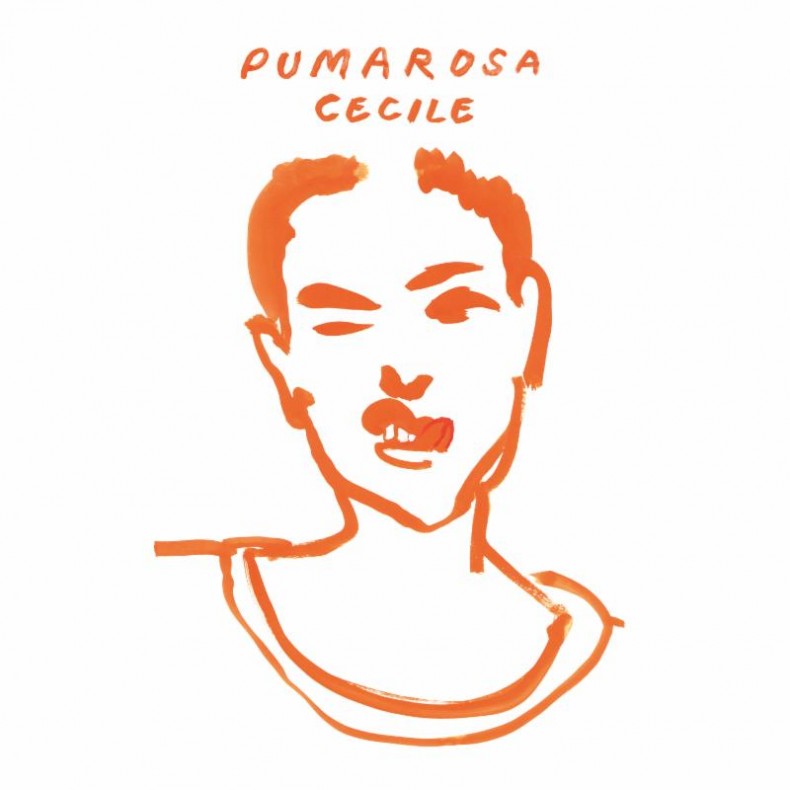 Pumarosa have unveiled striking second single “Cecile”, which is released today via Chess Club and Mom + Pop / Mermaid Avenue. One of the most talked-about acts at SXSW, the London five-piece will headline the ICA on May 7th, and have been confirmed for a string of early festivals (including Great Escape, Live at Leeds and Visions Festival). The band have also just been added to the Teenage Cancer Trust bill at London’s iconic Royal Albert Hall on April 20th, opening for The Vaccines and Everything Everything.

“Cecile” confirms Pumarosa’s early promise, shifting dramatically from heavy psychedelia into a taut, Talking-Heads-inspired groove (and back again). Teaming up once more with Mercury-nominated Dan Carey on production – Kate Tempest, Bat For Lashes, Toy – the band introduce “Cecile” as “a mantra describing a sexual landscape.”

This follows Pumarosa’s bewitching breakout track “Priestess”, which picked up across-the-board support at Radio 1, Beats 1, 6Music and Radio X, reached number 1 on Hype Machine, and went Top 10 on Spotify’s Viral Charts. Having toured with the likes of Genghar, been remixed by Shura and picked up plays on James Blake’s Radio 1 show, Pumarosa are also quickly building their reputation as a formidable live act, packing out shows at Eurosonic, The Lexington, Old Blue Last and a power-cut-triggering launch party at Ali B’s Safehouse. “Cecile” was recorded the day after the “Priestess” party in Peckham, the session capturing the energy of that special night before and evolving from an intense jam into the formation of a dark disco anthem which again evokes the band’s signature “industrial spiritual” sound.

Pumarosa are a five-piece band from London, who assembled from unexpected quarters. Isabel met drummer Nick at a rehearsal for a new project in a rundown Homerton pub where Nick then lived. No one else showed up, so the pair formed a guitar-and-drums Punk duo and began writing and rehearsing in the basement. After moving to a warehouse in Manor House, they met Henry, Tomoya and Neville and began a period of intensely hot rehearsal in a 10′ x 10′ chipboard room. In the summer of 2015, the band was offered a residency in the cavernous disused cinema of an Italian surrealist, situated within the cliffs of Calabria. Scraping together a van and driving non-stop to Italy, the band worked on new material in beguiling hundred degree heat, developing further their expansive sound: inspired variously by the brooding alternative songwriting of Patti Smith as the nocturnal electronics of The Knife. It was also in Italy that they settled on the name Pumarosa: in part reflecting Isabel’s Chilean roots, but also the lurid-looking jungle fruit of the same name.