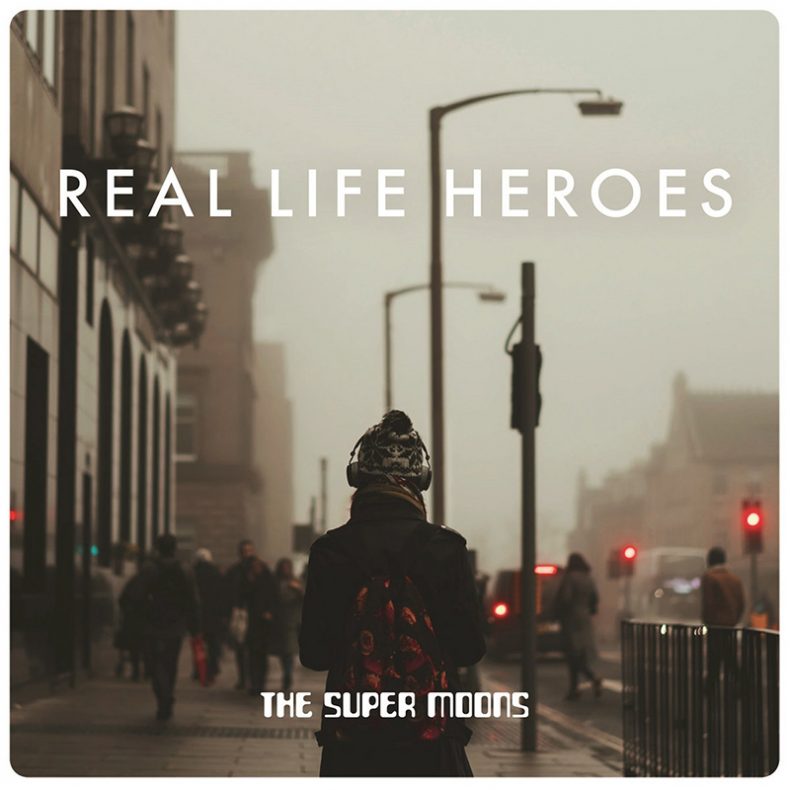 Real Life Heroes is the debut album from Scottish band The Super Moons.

After releasing the One Small Step EP in 2018 and five singles (“All About You” and “You’re Not Alone” both feature on this album) the guys knuckled down to record their debut album during 2020 and 2021. The album was recorded at Substation Studios, Rosyth, Fife and produced by Michael Brennan and The Super Moons. The engineering was also done by Michael Brennan (Faith No More, The Jesus & Mary Chain, Primal Scream, Mogwai, The Cure).

The band started up in late 2017 and have been gigging mostly around central Scotland. Confirmed gigs for this year are The Belhaven Session, Dunbar (Sept 10th), Sneaky Pete’s, Edinburgh (Oct 26th), The Wee Red Bar, Edinburgh (Dec 17th).

Influences are wide and varied but include Michael Kiwanuka, Lee Dorsey, The Yardbirds, The Stone Roses and Paul Weller amongst many more. Having already been played on BBC Introducing and Amazing Radio, The Super Moons are ready for the next step in this journey, welcome to Real Life Heroes.