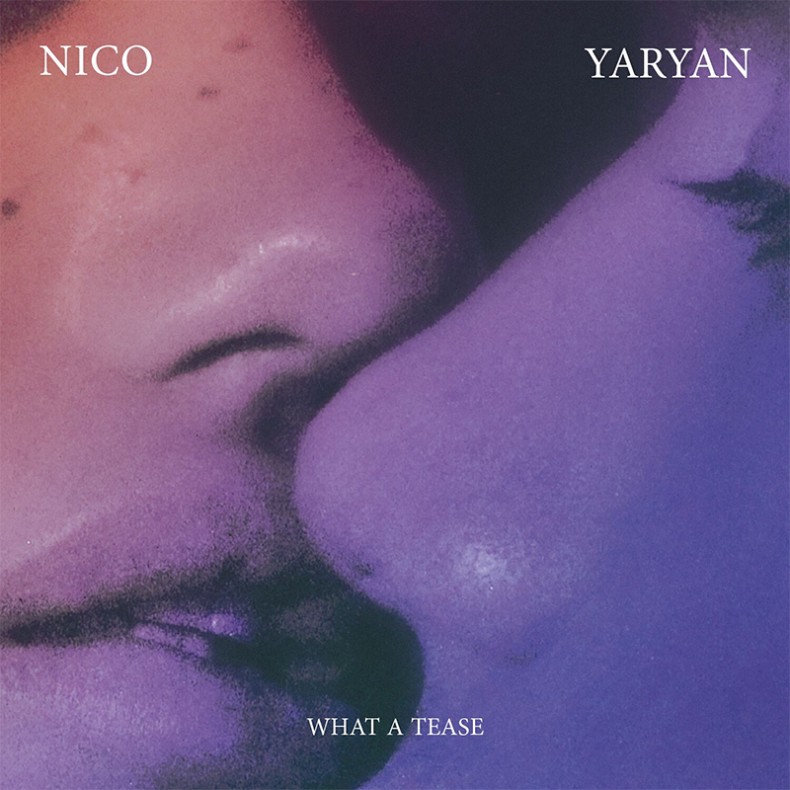 LA-based and NoCal-bred artist Nico Yaryan is thrilled to announce that he will be releasing his debut album, What A Tease, on June 3rd, 2016 via Last Gang Records. The intimate, 11-song collection tells the uncomplicated tale of complicated transcontinental love, and is the perfect introduction to this exciting new voice. In conjunction with this news, Yaryan has also released the brand new video for his heartfelt lead single Just Tell Me, which was featured on FOX’s Empire and has accumulated 2 million streams on Spotify. The piece was directed by Daniel Henry (Kurt Vile, Jack White, Vanessa Carlton).

What A Tease is available for pre-order now via iTunes, with an instant grat download of Just Tell Me and Old Gloria.

Raised by hippies in Northern California, Yaryan took a leap of faith when his close friend from high school, Hanni El Khatib, asked him if he’d join him on the road as his touring drummer. He set off and spent two years travelling the world with El Khatib and his bandmates. This experience would bring into his world two of his greatest loves: the first was the guitar, an instrument he’d been too intimidated to learn as a teen. He eventually began writing and recording his own music, which ultimately led to him outgrowing the touring gig.

The second, was an unlikely romance with a student from Amsterdam that he met while on tour. The two remained in touch, and when he parted ways with the band, Yaryan decided to take a chance and returned to Amsterdam for a visit – that ended up lasting for a month. Once he got back to Los Angeles, he immediately embarked on a quest to find work that could help fund a return to his new found love. With mostly experience in retail, an industry that doesn’t take kindly to inconsistent schedules, Nico ended up securing a job trimming at a marijuana farm in Humboldt County, which enabled him to continue the long-distance courtship.

As their relationship began to crumble in the face of geographical and financial adversity, the songs that would become What A Tease began to blossom. Opening with the tattered allegory of Old Gloria and the lonely masochism of You Belong to Me, the record lets more than a little darkness surface: the agony of watching yourself fuck up a good thing became Just Tell Me; the shifting nature of success informed Dreamers; mistrusting the nature of his love led Nico to Witch Love. But throughout, there’s an undercurrent of perseverance and determined tenderness.

What A Tease Track Listing