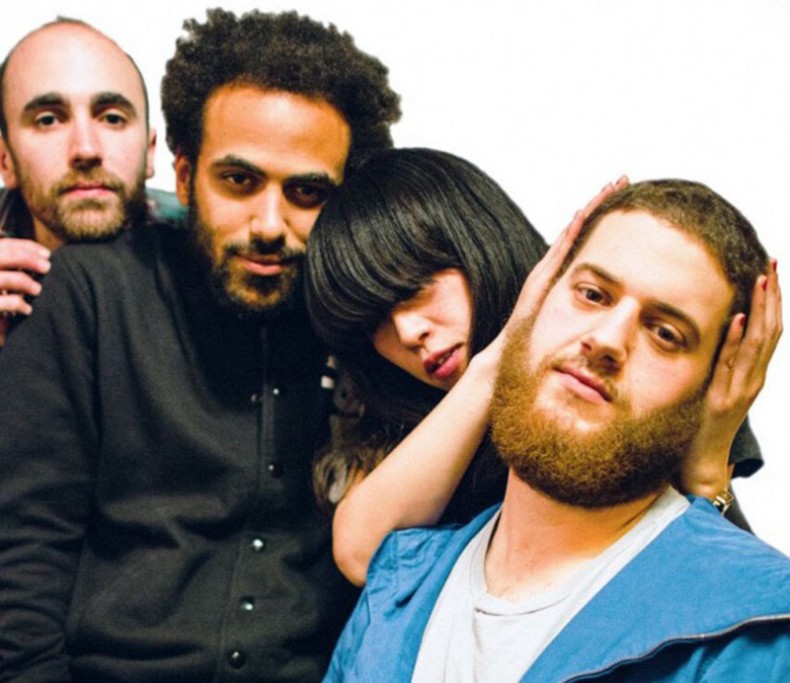 It was a full house at The Silver Dollar Room that stopped by to see British Guitar-Pop band Yuck, on the Toronto stop of their current North American tour. In spite of the unseasonably cold spring temperatures, the joint was packed, heated, and ready to rock.

Yuck hails from London, England, and consists of lead vocalist and guitarist Max Bloom, guitarist Ed Hayes, bassist Mariko Doi, and drummer Jonny Rogoff. They released their self-titled debut album in February of 2011, and now have a total of three under their belt. They stopped in Toronto during the final week of their two-month North American tour, promoting the release of their most recent studio album, Stranger Things, which was released on February 26 on Mamé Records. 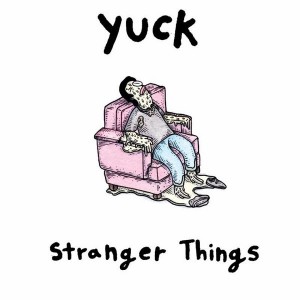 The Silver Dollar Room was filled to capacity. Following opening sets by Saintseneca, Sweet, and Lowdown, Yuck quietly stepped onstage without introduction, quickly and silently donned their instruments, and broke into the first song of the night, “Cannonball” — a simple rocker, with lots of crashing cymbals, driving bass lines, and guitar fuzz, which automatically set the audience in motion.

“Oh hey! How are you?” Bloom declared after their first number, as if they had just noticed the buzzing audience in front of them. They proceeded to jump into their second song, “Hearts In Motion.” The night was the perfect mix of melodious, haunting, and jangly tunes, as well as more upbeat and fun numbers.

Simple is the formula that Yuck’s music is made from: simple, repetitive, yet catchy and clever lyrics. Lots of melodies, lots of harmonies, and guitar fuzz – LOTS of it. Music reminiscent of warm, summer days, simple chord patterns and progressions, loaded with plenty of hooks. The perfect formula to get the audience singing along with you and dancing to the beat – and having fun, which is what everyone came for. Simple is best, less is more.

Yuck ended the night with a much rockier, less melodious “Operation,” a song filled with lots of reverb and feedback, with Bloom shaking his guitar at the end of the song for extra effect.

“One more song,” chanted the audience in unison, demanding an encore, then eventually the inevitable- “YUCK!.. YUCK!.. YUCK!” Success! Out they came, launching a 30-second intro of “Enter Sandman” by Metallica, initiating cheers by the crowd. They then broke into a much more melodious rendition of their own “Georgia,” topping it off with another two songs from their repertoire; the band gave the grateful audience got what they had come for.

“I’ve got to be honest. . . I’m just so fucking thrilled to be back in Toronto!” declared Bloom at one point during the set. It was clear from the crowd’s response that they were equally thrilled. As Bloom also pointed out it’s been a while since the band had been in town. Let’s hope it won’t be so long next time.

Trish Melanson lives in the Toronto area with her three boys, Nicholas, Justin, and Eric, her dog Jakkson, and her cats Max and Jagger. She is the former host and producer of Canadian Kickass, a weekly two hour radio show on New Jersey's Chestnut Radio, showcasing Canadian Music. She is also a former Web Content Manager of Indie Soundscapes, an online showcase for Independent Music Artists Worldwide, and was a regular music contributor to The Stroumboulopouli. She is a fervent supporter of the Toronto live music scene. In a past life she was a teacher and Vice Principal in Durham Region. She has many more new and exciting projects waiting in the wings. ;)
RELATED ARTICLES
live reviewmax bloomtoronto