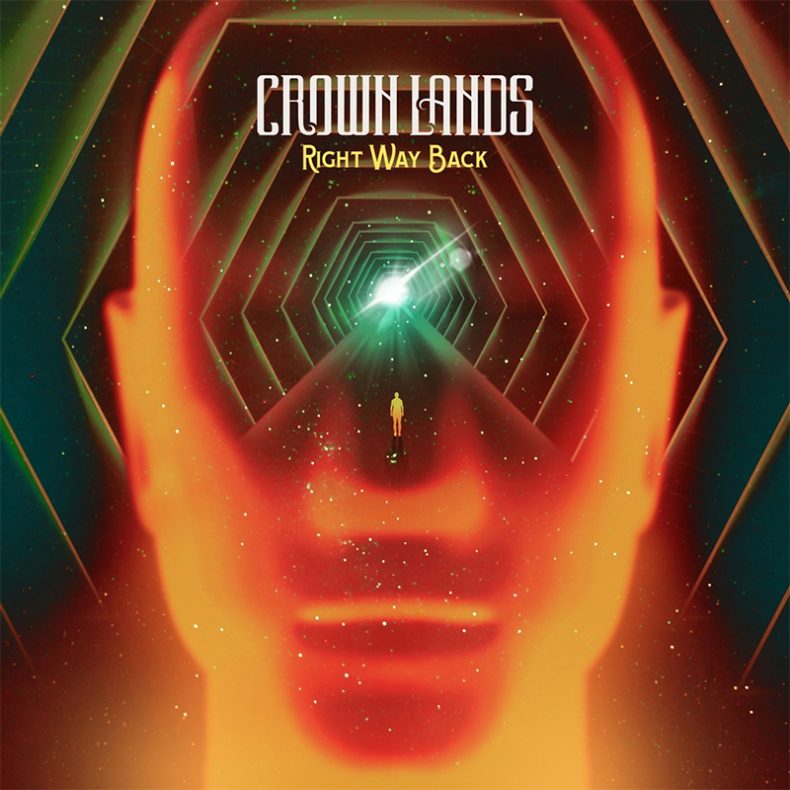 Coming off a breakthrough year including recently receiving their first Juno Award nominations for “Rock Album of the Year” and “Breakthrough Group”, powerhouse Canadian rock duo Crown Lands—Cody Bowles (vocals and drums) and Kevin Comeau (guitar, bass, and keys)—make their mighty return with two new songs “Context: Fearless Pt. 1” and “Right Way Back.” Backed by Universal Music Canada, the band has premiered the tracks and the seven-minute official video for “Context: Fearless Pt. 1”.

The songs bring Crown Lands back to their prog-rock roots and point the way to a limitless future while connecting the group to their legendary countrymen Rush, the band that served as their initial inspiration, in ways they never could have expected. “Context: Fearless Pt. 1” is a full-circle moment for Crown Lands as their admiration for Rush is returned back to them by three producers who were vital to Rush’s iconic career.  Bowles reflects, “To have grown up with nothing but the purest adoration for this band, to have finally scaled the impossible summit together and sit at the table with our heroes is a humbling surreality unlike anything else. Working with these legendary producers-now-friends is something we hold near and dear to us. If life is a wheel, please let it spin.”

The second new song, “Right Way Back,” is a tribute to Peart that came almost effortlessly. They brought it to Nashville as a rough demo, working out the chorus and writing the lyrics on the spot. “It’s about the feeling of trying to carry on from where your heroes left off,” says Comeau.

The final recording for “Context: Fearless Pt. 1” is an epic, hydra-headed beast of a song, complete with a full-scale, Mandalorian-style sci-fi music video. Crown Lands enlisted Blake Mawson, their collaborator on the “Leadfoot” video, to help them realize their concept.

“When Crown Lands approached me about working on a second video together, I was blown away by the scope of the vision they had in mind for their upcoming release,” said Mawson. “In the video, Crown Lands saw themselves as space travellers on a diplomatic mission to spread music to new worlds. A sort of retro-galactic space fable. Among their stop-overs on this voyage is a fallen civilization on a planet where music and hope had been lost for generations.” Watch the seven-minute intergalactic Orc-filled adventure below.

by Gerrod Harris on December 3, 2021
CROWN LANDS ODYSSEY VOL. 1 UNIVERSAL MUSIC With The Big Wave Tour coming to a close, having taken the band throughout Ontario and Quebec, Crown Lands has released Odyssey Vol. 1. The [...]

by Gerrod Harris on November 27, 2021
CROWN LANDS w/ SKYE WALLACE @ THE BILTMORE THEATRE, OSHAWA NOVEMBER 27, 2021 With concerts returning throughout Ontario and the rest of the country, Crown [...]
8.0

by Gerrod Harris on September 16, 2021
Crown Lands White Buffalo Universal Music With its upcoming Canadian tour with opener Skye Wallace kicking off in October, Canada’s most in-demand duo, Crown Lands, has returned with its [...]
9.0

by Gerrod Harris on June 11, 2020
Crown Lands Wayward Flyers Vol. 1 Universal Music Despite the electrifying and driving rock pulse of their recent singles “Howlin’ Back” and “Spit It Out”, Canada’s most promising [...]