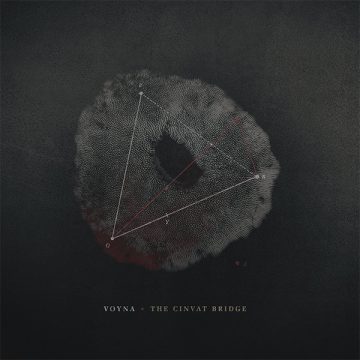 Overall, the melancholic album is a deeply introspective meditation on aspects of the human condition. Lyrics on many of the tracks convey a relatable, raw emotional purge, giving the listener pause to get lost in him or herself. Lebrecht’s haunting baritone vocals pair well with the dark instrumentation of the melodies, performed by him with assistance on guitars and backing vocals.

Standout tracks include the first three, because of both their harmonies and lyrics. From the lonely guitar strain intro on “Provenance” to the emotional sound and expressions in “Refraction” to the reflective lines of “Crimson Skies”, the recording, as a whole, is a darkly contemplative piece. “Ocean” is also worthy of note, as the backing vocals from Martina Volodina of Stridulum do well in balancing out Lebrecht’s dark sound, creating a dynamic vocal spectrum.

This release is an impressive step forward from Golden Apes’ catalogue, but similar enough that any fans of the band as well as any variety of dark music would likely appreciate.

Kathy Nichols, from the land of cheese and beer, has been writing off and on since elementary school. Her passions include hugging trees and trying to make a positive difference in the world, to which end she completed a degree in Mass Communications coupled with Environmental Science. Kathy appreciates all types of music, mainly industrial and punk and the like (especially bands who use their fame and fortune to try to make social or political statements), but with a little bit of Beastie Boys and Billie Holiday thrown in to switch things up a bit. She is the owner and CEO of www.industrialstrengthpublicity.com and enjoys long walks on the beach and (skinny) puppies.
RELATED ARTICLES
album reviewalbum reviewsicy cold records
8.0