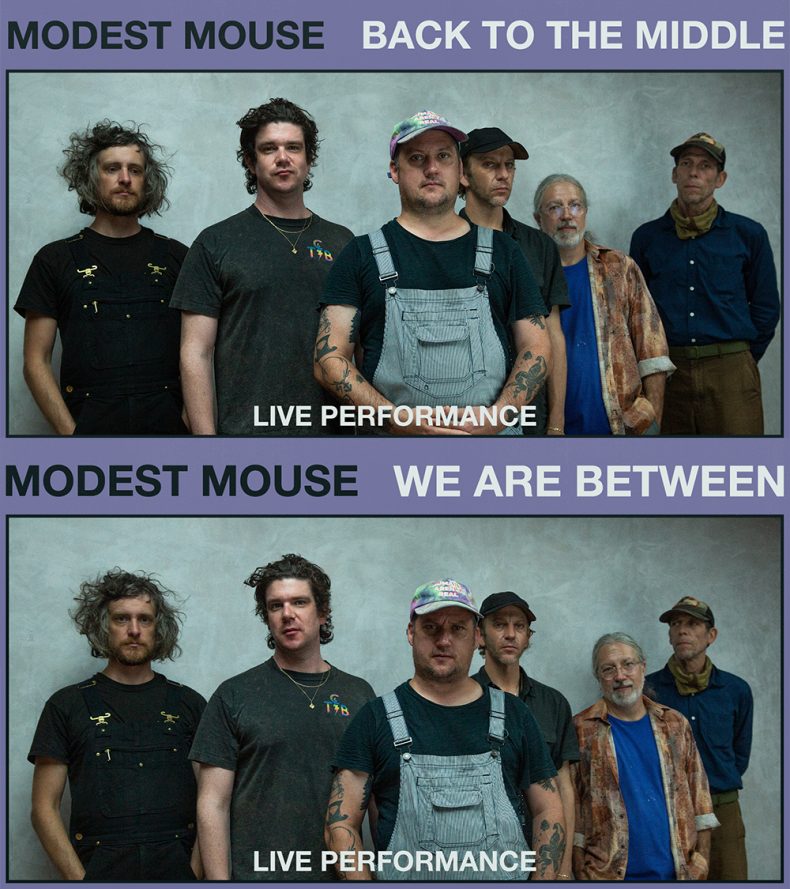 Vevo, the world’s leading music video network, announces the release of Modest Mouse’s live performances of “We Are Between” and “Back To The Middle” off their first album in six years, The Golden Casket.

Capable of punkish rawness, simmering atmosphere, and light-hearted pop, Modest Mouse shaped the sound of late-’90s indie rock and enjoyed mainstream success in the years that followed. On their early singles and albums like 1997’s The Lonesome Crowded West, they proved there was more to the Pacific Northwest underground than grunge. Coupled with Isaac Brock’s wild-eyed yelp and sketches of small-town life, their mix of emo, folk, post-rock and prog, won critical acclaim.

The Golden Casket heralds another new chapter in the band’s unpredictable evolution. Tracks hover in the liminal space between raw punk power and experimental studio science, exploring themes ranging from the degradation of our psychic landscapes and invisible technology, to fatherhood. “We Are Between” and “Back to the Middle” behave like amorphous organisms, undergoing dramatic mutations and mood swings that speak to the chronic tug-of-war between hope and despair that plays out in Brock’s head.

by Gerrod Harris on October 7, 2022
Lamb Of God Omens Epic Records America’s premier modern metal outfit, Lamb Of God, has returned with its latest album, Omens. The new record is the band’s first collection of new music since [...]