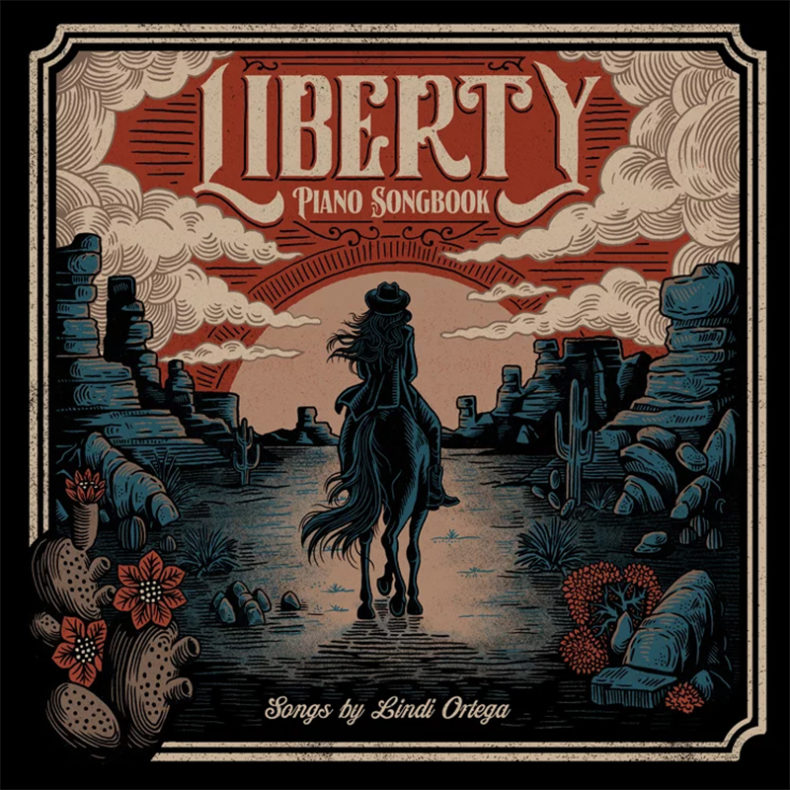 “I didn’t feel like I was quite done with Liberty,” Ortega says. “I didn’t want to write a full sequel, but it needed something else. This seemed like a logical next step to take.”

In March 2018, Ortega released Liberty, a record that draws on the epic work of Oscar-winning composer Ennio Morricone, who became one of Ortega’s musical obsessions during the writing and recording of Liberty. She enlisted Nashville producer Skylar Wilson (Joshua Hedley, Justin Townes Earle, Rayland Baxter) when she discovered their shared passion for Quentin Tarantino movies.

Following the release, Ortega and Wilson developed the concept for the Liberty: Piano Songbook with multi-instrumentalist Robbie Crowell (Kesha, Midland, Deer Tick), who had previously played with Ortega, recording the solo arrangements at Creative Workshops in Nashville. The fresh versions of these songs transform them, moving away from the spaghetti-Western production while maintaining a cinematic tone that musically complements the lyrical themes of Liberty.

“I created Liberty for people going through a struggle,” says Ortega, who wrote the songs out of her own vulnerabilities, including self-image issues. “I wanted to extend that with the Liberty: Piano Songbook, and I hope it adds an extra soothing element.”

While Ortega does play piano, having another musician record Liberty: Piano Songbook allowed her the critical distance to enjoy her songs as a listener, free of the self-critical ear artists typically bring to their own work.

Ortega staged a North American and European headlining tour in 2018, and also toured with Jason Isbell and Asleep at the Wheel. In August, she released Liberty: Parkhill Sessions, recorded at the Parkhill Studios in Calgary, Alberta. The EP featured stripped-down versions of three Liberty songs — “The Comeback Kid”, “Forever Blue”, and “Lovers in Love”, recast as a duet with Corb Lund.

In February, Ortega will hit the road in Canada with Terra Lightfoot, Begonia, and a wide range of special guests for The Longest Road Tour. Full tour dates can be found below. For tickets and more information, visit lindiortega.com/tour