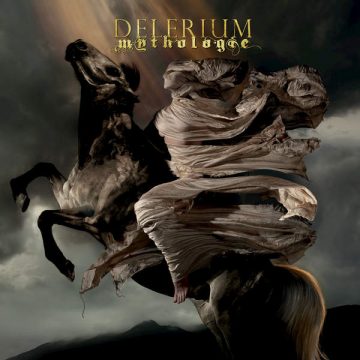 Full of beautifully ethereal melodies and transitional soundscapes, Delerium is back with its 15th studio album, Mythologie.

Since Delerium’s founding in 1987, music pioneers Bill Leeb and Rhys Fulber have been non-stop in their musical experimentation and devotion to pushing the boundaries of electronic and ambient music. Mostly known for their 2000 award-winning track “Silence (feat. Sarah McLachlan),” Leeb and Fulber have collaborated with many talented vocalists and lyricists over the years: Kristy Thirsk, Mediæval Bæbes, and Kirsty Hawkshaw, just to name a few.

And true to its history and legendary style, Delerium collaborates with some amazing talent on Mythologie. Jaël from Lunik, Jes of Tiesto, Mimi Page from Bassnectar, Phildel, Geri Soriano-Lightwood, and Leah Randi all join Leeb and Fulber on the album. The result is an album that will propel Delerium into the future.

Fans of Delerium’s soft and sensual beats will love the sultry “Keep On Dreaming.” Jaël’s lead vocals melt into the melodies and perfectly harmonize with Leah Randi’s backing vocals. The music is entrancing and lulling, and listeners may find themselves being carried away on the melodic rise and fall of “Keep On Dreaming.”

For those who prefer more of a pop sound, “Stay” has a mainstream feel. Jes’s vocals seem to modernize Delerium’s signature sounds. The light and elegant electronic effects are still there, but the inclusion of Jes’s singing will catch the attention of younger audiences and garner Delerium some new fans.

Mythologie’s single “Ritual” is a haunting and infectious track with its sharp beats and smooth melodies. Phildel’s vocals are expertly reverberated adding to the otherworldly feel of the song. Like something forbidden, the subtle and ingenious layering of several electronic tracks creates an eerie yet alluring feel to “Ritual.”

Then there is the jazzy “Ghost Requiem” with Geri Soriano-Lightwood’s earthy vocals. Very much unlike anything else Delerium has done before, the bouncing beat of the chorus is sure to captivate listeners.

Delerium’s Mythologie is an impressive achievement and marks the band’s continuous and ever-evolving move into the future. Long-time fans will be drawn to Delerium’s well-known sounds and beloved beats, and new listeners will love the transitional and experimental tones, effects, and melodies that transcend the ordinary.

Samantha “Sam” Stevens is half a music journalist, and half an academic scholar. With a graduate diploma and MA in Journalism, Sam has covered musicians all over the world and her work has appeared in Guitar Girl magazine, North Bay Nugget newspaper, The Link newspaper, and a few others. She even founded and managed her own music blog The Littlest Voice for 5 years, in which the spotlight was thrown on new and emerging indie artists around the globe. Currently, Sam is a PhD student at Carleton University in the School of Indigenous and Canadian studies where she is continuing her MA research on colonial language in Canadian news and government institutions.
RELATED ARTICLES
album reviewsbill leebdelerium
9.0