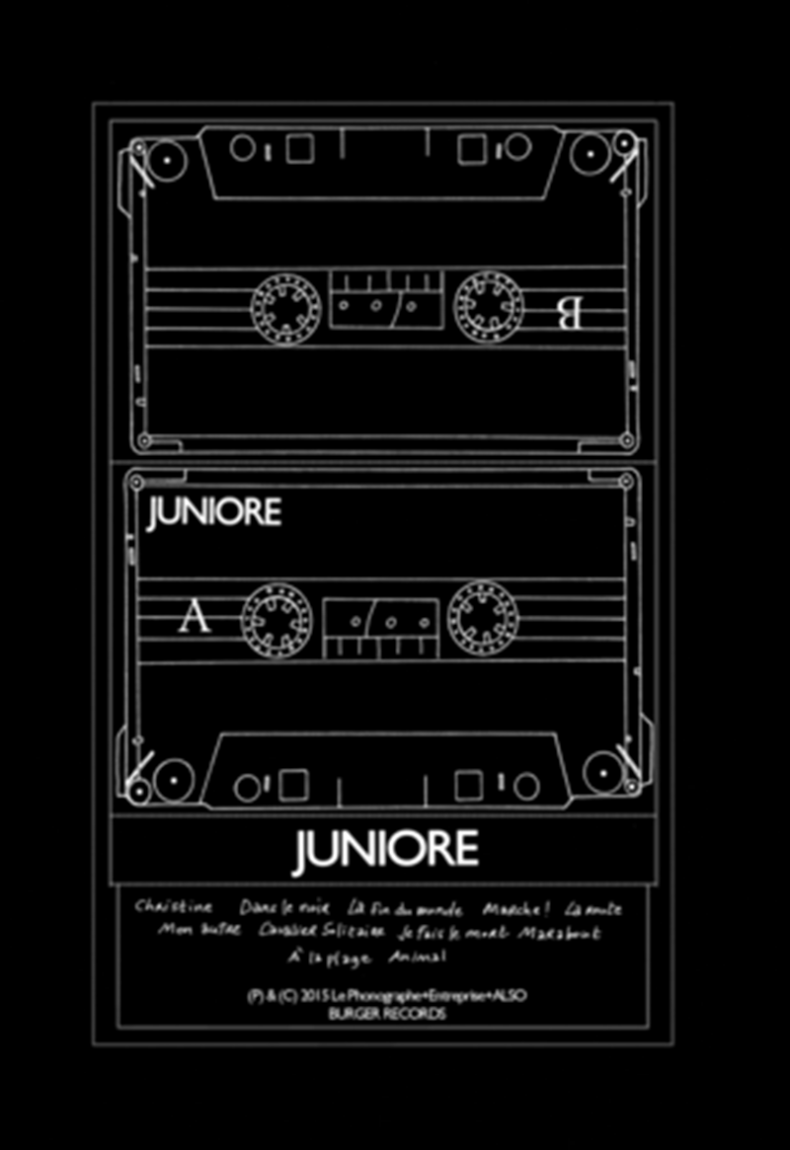 Juniore is the brainchild of French singer/songwriter Anna Jean.  Fusing ’60s influences their work is at once haunting and rhythmic, propelled by sensual, reverb-drenched melodies.  Today, the band announces their first U.S. release – a self-titled compilation out May 20th via Burger Records on cassette and digital formats. The album contains six tracks from 2015’s acclaimed Marabout EP, four tracks from their first two 7″ releases and one previously unreleased song.

In celebration of announce, Juniore reveal bonus track “La Route” today. Driven by Anna Jean’s hypnotic vocals, the song radiates an electro-psychedelic vibe with a modern twist. She comments: “’La Route’ is about the way everyday life can sometimes feel like a very long road-trip. Something easy and something rough, it’s full of surprises and unexpected events. It translates a French girl’s fantasy of riding cross-country in the 1966 batmobile. It’s both cheerful and tormented, just as you can enjoy the landscape and wonder ‘are we there yet?’”

Produced by Samy Osta (La Femme), Juniore’s upcoming release is a mix of old school melodies and modern lyrics, filled with delight and melancholy.  Anna Jean’s voice pulls us in to tell us stories of loveless mornings and sleepless nights, imaginary apocalypses, walks of shame, and unhappy endings.  Somewhere between Sergio Leone’s spaghetti westerns and urban adventures straight out of Nouvelle Vague films, Juniore stretches out time and space, both dark and light, tense and reassuring. Stream “La Route” via Soundcloud below.