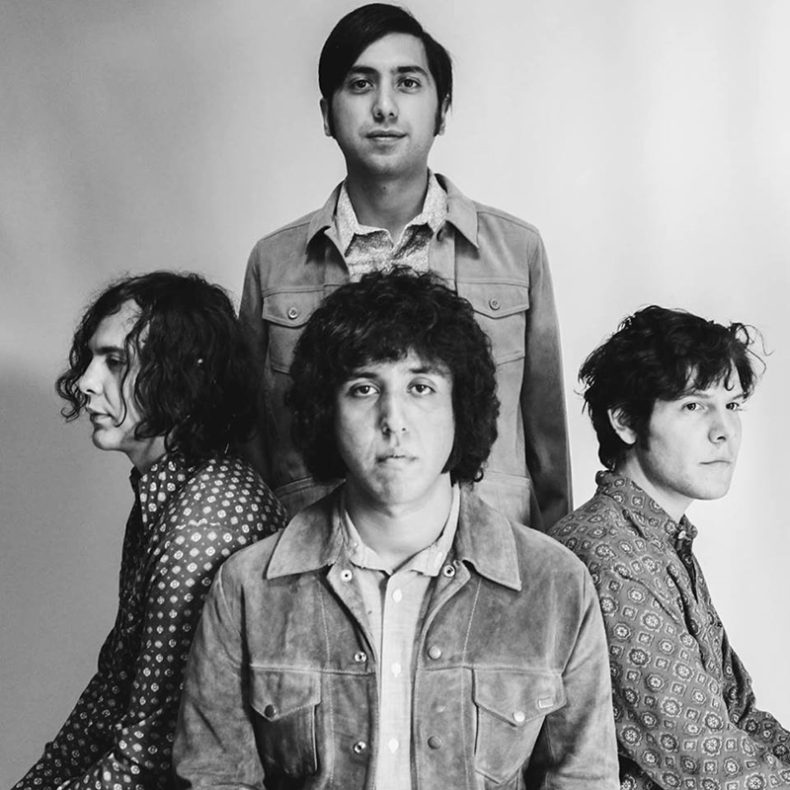 Fusing the lo-fi buzz of 21st century garage punk with the sunburnt drift of vintage psychedelia, Levitation Room was formed in Los Angeles, California in 2012 by longtime friends Julian Porte and Gabriel Fernandez. The two had previously played together in a group called the Hitz; after they broke up, Porte focused on his interest in folk music, but in time he was eager to start a new band. After Porte posted a message on a social media page asking if anyone was interested in starting a band, Fernandez promptly responded, and they began exchanging notes on their shared interest in psychedelic rock. Porte became lead singer and guitarist with the new group, while Fernandez played lead guitar and sang backups. Porte discovered drummer Johnathan Martin when he borrowed a harmonica from him at a party, and with the addition of the similarly named Jonathan Martin on bass and vocals, the group’s lineup was complete. After making the rounds as a live act and gaining the endorsement of California psych label Lollipop Records, Levitation Room self-released their first demo in March 2013 (it was later reissued by Lollipop), and their first proper EP, Minds of Our Own, followed in January 2015, released in a cassette edition by hip indie rock label Burger Records. By this time, Levitation Room were playing regularly in Los Angeles and touring the west coast, and were also the proprietors of Everydaze Music, a music store and vintage clothing boutique that also served as the group’s rehearsal space and base of operations. Their first full-length album, Ethos, was released by Burger Records in early 2016. 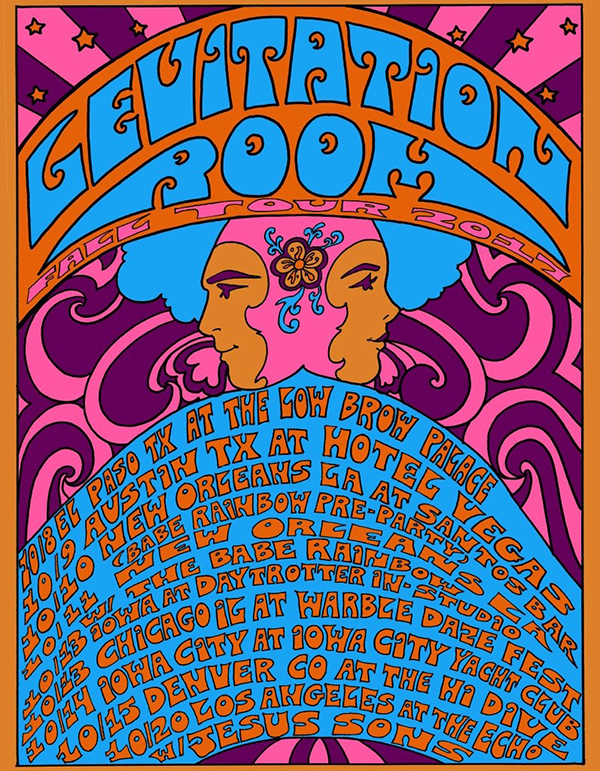 SPILL NEWS strives to keep our readers up to date with news and events in the music industry. We keep you informed of the most recent information regarding new releases, tour dates, and information items about your favourite artists.
RELATED ARTICLES
burger recordslevitation roomnews
7.0

by Aaron Badgley on January 27, 2018
The Prefab Messiahs Psychsploitation . . . Today!   Lolipop Records/Burger Records It was once said that Electric Light Orchestra picked up where The Beatles stopped at [...]
9.0