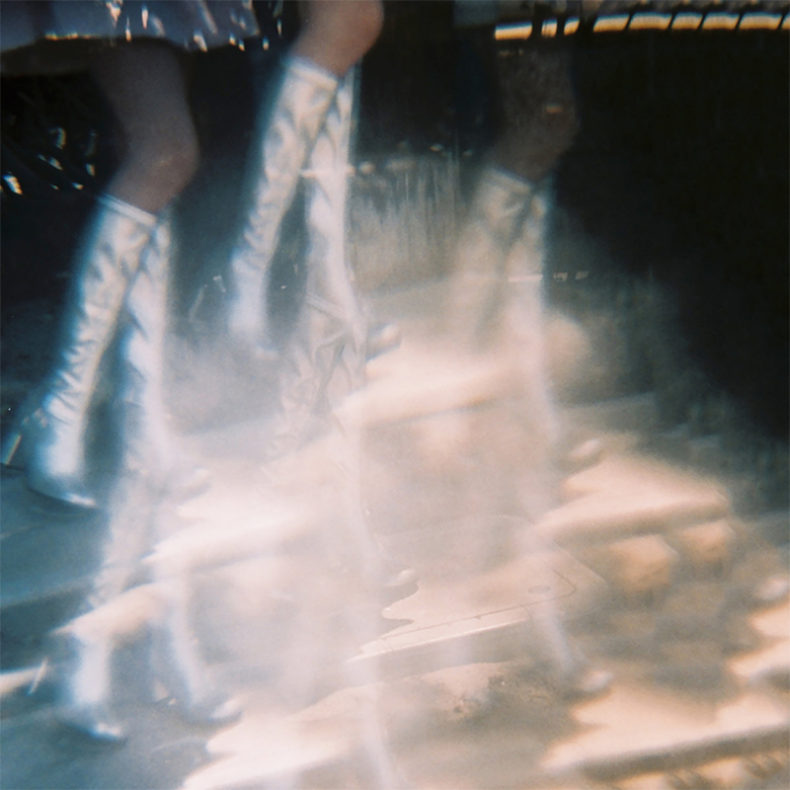 Part of what makes music magical is its ability to conjure time and place and memories —first dates and first dances, road trips, relationships, awakenings, rock bottoms, and sometimes entire decades and eras. The first spin of Femny’s debut EP Instant Star provides an immediate reminder of this potential by sending its listeners to places they’ve never been but that feel instantly familiar.

Take opening track “Candy’s Fine,” reminiscent of a music fest at a public park in 1968, impromptu and ill-promoted, but nonetheless crammed with college kids donning braids and beards and Daisy Dukes who lose themselves in the swirling organ before finding themselves in the thumby bass. Singer and guitarist Tim Magrady evokes a calmer, cooler Jim Morrison, better dressed and more composed; his voice lounges against the bluesy guitar groove, but only for a couple quick verses before the song sunsets in a sweltering jam.

On “Next Time I’m Not Wearing Lipstick,” Isaac Soto combines Ric Ocasek’s pout and Julian Casablanca’s indifference; with its warm, swarming synth, this song summons a party at a red-walled apartment in 1984 well past its peak, a record skipping on the turntable, a pile of strangers strewn among flattened beer cans and fur coats waiting out the minutes until they pass out. Never mind that these songs were recorded in 2016; during each song on Instant Star, the listener slips into a different space, a different time, a different mind.

Other Femny songs, though, succeed because they evoke lucid, eerie moods, each familiar if only felt once during an exhausting life. “Kool Aid Mix,” with its airy whirr and teasing melody, conjures the weird, childish guilt associated with staying inside all summer, while the laid back layers on “Vantablack Diss Track” evoke the anxiety inspired by the realization that you will never be the younger version of you again—or, if not those, then other moods equally personal and specific and powerful. Still, the band counterbalances their teleportive vibes with a certain level of absurdity; even as it evokes a smooth summer dusk and all the satisfied longing contained therein, Tim and his bandmates beg “Duck Jesus” to save them on the EP’s final track.

It’s this combination, of course, that makes Instant Star feel so magical, if not almost literally supernatural — the way Femny lures their listeners into their mirages using moody melody and lulls them with their eccentric poetry until the absurd becomes consequential, emotion becomes reasonable, the past becomes the present, and the song becomes as real as the moment in which in which it is played.