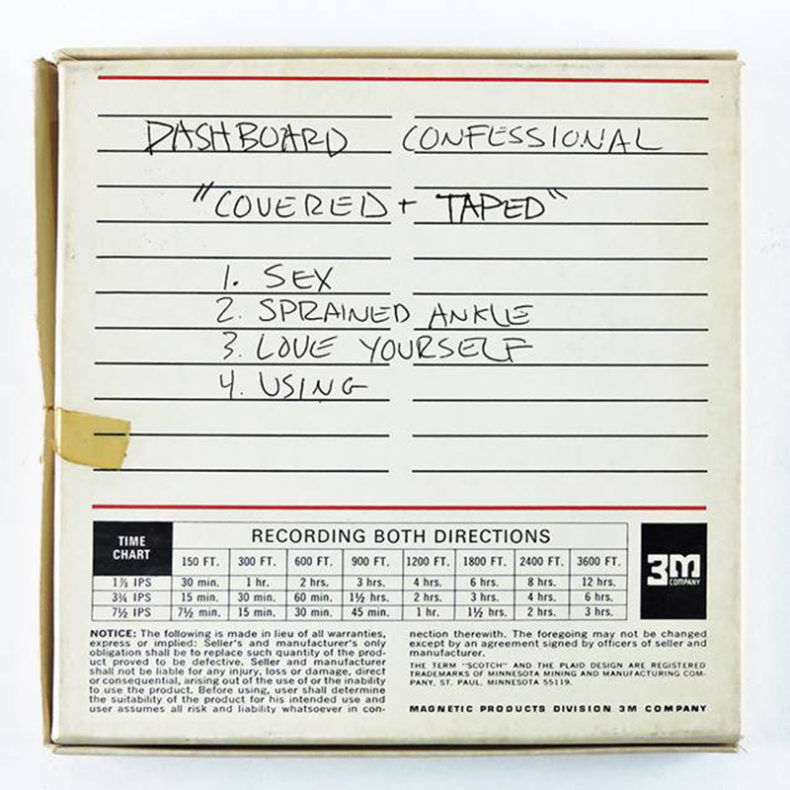 As a thank you to their fans for one of their fastest selling tours, DASHBOARD CONFESSIONAL’s Chris Carrabba covered some of his favorite songs for a surprise EP appropriately titled Covered + Taped. The EP includes songs by The 1975 (“Sex”), Julien Baker (“Sprained Ankle”), Justin Bieber (“Love Yourself”), and Sorority Noise (“Using”). “I love covering great songs by great artists,” Carrabba explains. “These are some songs I feel very connected to right now. Enough so that I felt I had a way of making them my own in some small way.” The EP is available now for streaming on Spotify: https://open.spotify.com/album/7f4MwHTkFBfEzefEtSNsPR

The group has added three shows in Nashville, a show in Santa Ana, along with an additional show in Chicago. Shows have been selling out as soon as they go on sale and tickets are becoming more scarce by the day. Surprise shows will be announced spontaneously throughout the tour for those who may not have been able to attend or for those who wish to go twice. Every song in the catalog has a chance to be played along with the possibility of new unreleased tracks such a “Heart.Beat.Here,” which contains the group’s classic sound that fans from around the world have grown to love since the band’s birth. Listen/download it for FREE below or here: https://soundcloud.com/dashboardconfessional/dc-heartbeathere

After the release of his debut album 2000’s Swiss Army Romance, Dashboard Confessional, the solo moniker for Chris Carrabba gained the loyalty of fans through his honest heartfelt lyrics. The following year, Carrabba entered the studio to record The Places You Have Come to Fear the Most, the follow-up to their critically acclaimed debut. As a result of the sudden success of his second solo effort, Dashboard Confessional exploded and was everywhere from MTV to VH1 to MTV2 to magazine covers (SPIN, Alternative Press, Guitar World Acoustic). Fans even copied Carrabba’s style down to his haircut.

by SPILL NEW MUSIC on November 16, 2021
DASHBOARD CONFESSIONAL LOOK TOWARDS THE FUTURE WITH “HERE’S TO MOVING ON” FULL-LENGTH [...]

by SPILL NEW MUSIC on November 22, 2019
SEBADOH’S LOU BARLOW STARS IN THE GET UP KIDS’ “LOU BARLOW” VIDEO OUT NOW ACCLAIMED NEW ALBUM [...]