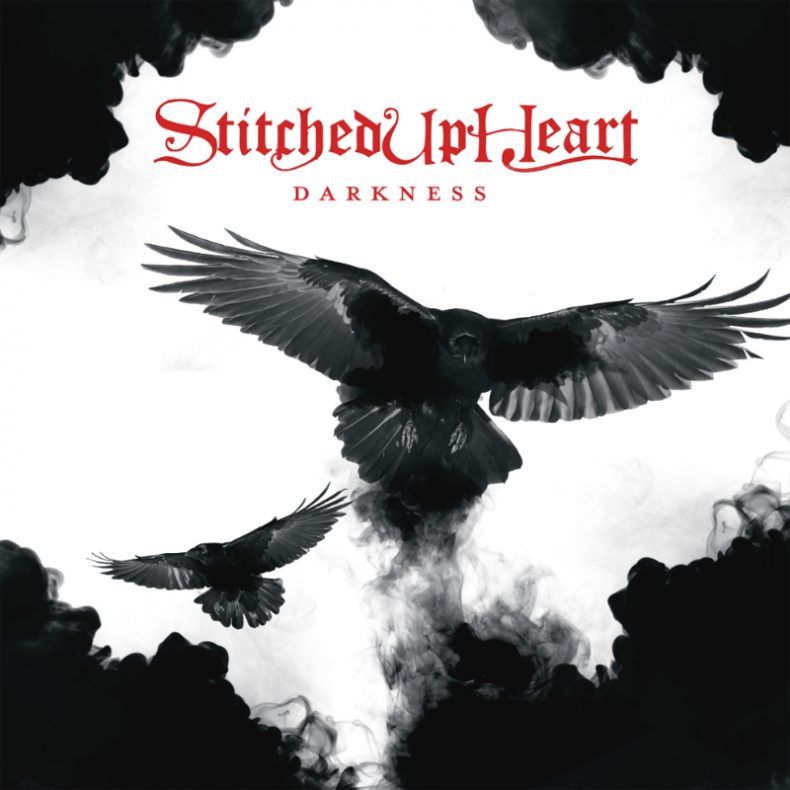 Stitched Up Heart recently announced they will be joining Sebastian Bach as direct support for on his Spring North American tour, making stops along the way at major rock festivals such as Epicenter, Welcome To Rockville, Rock Fest, and more. For more information on upcoming tour dates and to purchase tickets, visit the band’s website HERE.

Darkness features previously released tracks such as “Lost” feat. Sully Erna of Godsmack, “Darkness“, “Problems“, “Bones“, “Crooked Halo“, “Dead Roses“, “This Skin“, and their most recent music video and single “Warrior“. The upcoming full-length album was produced by From First To Last singer/guitarist, Matt Good (producer of Asking Alexandria and Hollywood Undead) and is available to purchase in various CD, vinyl, and merchandise bundles exclusively at CenturyMedia.store. The bundles include a Darkness t-shirt, logo pullover hoodie, logo beanie, and signed Darkness lithograph posters (limited to 200). Stitched Up Heart also partnered with Guitars 4 Vets to release a limited-edition “Warrior” t-shirt and digital download bundle. A portion of the proceeds will be donated to the non-profit. Shop HERE.