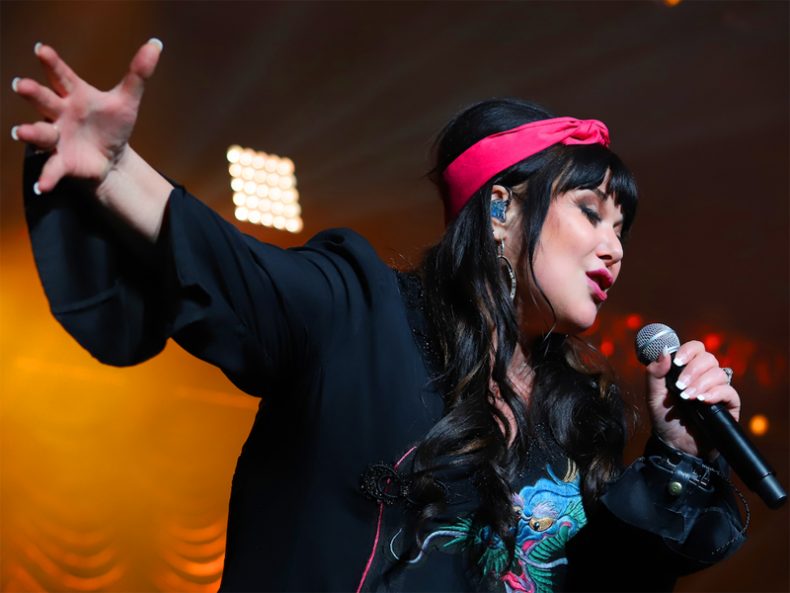 Ann Wilson has announced the first leg of the “Ann Wilson of Heart 2020 Tour,” beginning April 30 in Englewood, NJ, spanning North America and ending May 21 in Northfield, OH. Ann will perform songs from her expansive catalogue, commemorating Heart era classics along with the work of her solo records, Hope & Glory (2007), The Ann Wilson Thing (2015) and her most recent covers album, Immortal (2018). General ticket on-sale begins this Friday, February 21 at 10:00AM local time. A complete list of tour dates are available below and on Ann’s official website.

Ann Wilson is one of the greatest voices in the history of rock ‘n’ roll. For the past 40 years, Ann has been lead singer for the rock band Heart (35 million records sold), thrilling audiences with her vocal power and natural gift to wrap her voice around an emotion in a song and lay it at the listener’s feet. Ann carved out a place for women to dominate a rock stage, and her icon status was cemented when Heart was inducted into the Rock n’ Roll Hall of Fame in 2013.

After an extensive 2019 with Heart Ann’s looking forward to bringing the same band on the road to perform all the great songs, and others, that she’s made famous since she founded her band in 1973

SPILL NEWS strives to keep our readers up to date with news and events in the music industry. We keep you informed of the most recent information regarding new releases, tour dates, and information items about your favourite artists.
RELATED ARTICLES
ann wilsonheartnews
7.0

by Aaron Badgley on August 6, 2021
Various Artists Legends Play The Beatles Cleopatra Records Since The Beatles exploded on the scene in 1964, there have been tribute albums in many different genres. Chet [...]