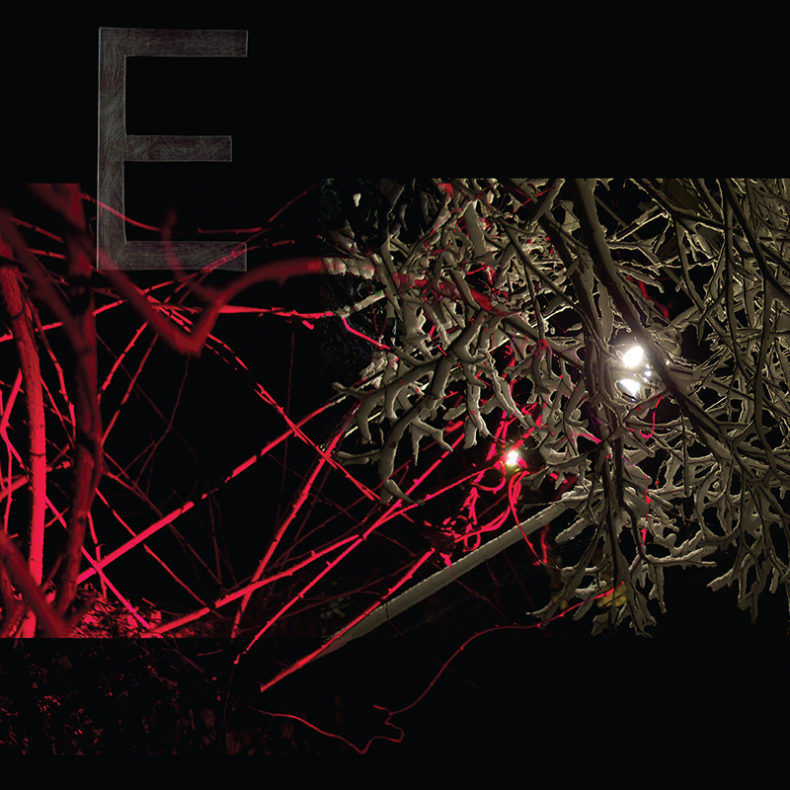 On the cusp of their first European tour this January and February, E have unveiled their dark and hypnotic new video for “Great Light,” a track taken from the band’s critically acclaimed debut album E. The video was directed by experimental filmmaker Doug Urbank, who has presented works at the Metropolitan Waterworks Museum in Boston, and the Chicago Underground Film Festival.

E, the trio of Thalia Zedek (Come, Uzi, Live Skull), Jason Sanford (Neptune), and Gavin McCarthy (Karate), have crafted an album that fuses an explosive, industrial sound with the patience and reservation only practiced songwriters can invoke. While each member has decades of experience in the alternative scenes of rock music, their collaborative efforts have combined in a work that is both unlike anything that’s come before them, and the result of three veterans working in total harmony. What sets E apart from their contemporaries is their almost youthful willingness to experiment, while having the maturity to show restraint and austerity. On their self-titled debut album, E have developed a sound that is both mechanically oriented and emotional, a combination they could only describe as “soul music for machines.”