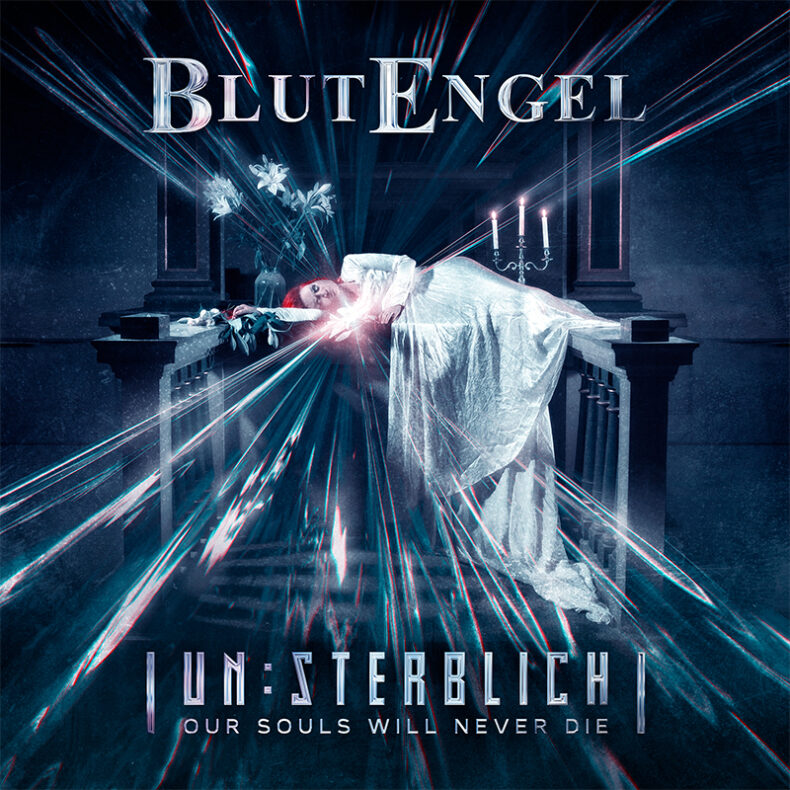 Epic choirs, bombast, sophisticated electronic sounds, and the dark romantic vocals of Chris and Ulli set you right in the mood for the upcoming album Un:Sterblich – Our Souls Will Never Die with this very first new track, “Dark History.”

Lyrically, the new song deals with people asking themselves if their past may have some dark chapters. After all, many people just hurt people who they love, and they are also afraid of being alone at the same time. And yet, everyone desires just that one person with whom they can escape this past together. According to the song: “We will fly away together for eternity. We will follow our dreams till the end.”

With the upcoming Blutengel album Un:Sterblich – Our Souls Will Never Die, cult icon Chris Pohl continues the successful collaboration with Henning Verlage. The new album preorder will start in 2023!

For the forthcoming album, Chris Pohl takes the past into the present and simultaneously creates something trailblazing and entirely fresh in the context of his 25th anniversary. Un:Sterblich – Our Souls Will Never Die is thus indeed Blutengel’s most personal album to date, with epochal glimpses into deeper, darker feelings of the recent years. “Certainly my most personal album,” says Chris, “musically I will surprise you on the one hand, and on the other, I have composed still songs that could have been placed on an album from 20 years ago!” The devoted followers of Blutengel will be thrilled to hear that influences from Terminal Choice are also perceptible.

Celebrate 25 years of Blutengel with Chris and Ulli on all confirmed show dates (dates below).

Blutengel
Un:Sterblich – Our Souls Will Never Die
(Out Of Line Music)
Release Date: 2023

Get your tickets HERE

by SPILL NEW MUSIC on January 12, 2023
BLUTENGEL’S BRAND NEW SECOND SINGLE & VIDEO “TIEF” IS OUT NOW OUT OF LINE MUSIC After years of concert abstinence, unbridled creativity, and passion for music, Chris Pohl and Ulrike Goldmann are celebrating their 25th [...]
5.0

by Samantha Wu on July 15, 2022
Blutengel Demon Kiss (25th Anniversary Edition) Out Of Line Music What had originally begun as a side project after German band Seelenkrank parted ways is now a year away from celebrating their 25th anniversary – the Berlin-based dark pop band [...]

by SPILL NEW MUSIC on December 17, 2021
BLAZING BRAND NEW BLUTENGEL SINGLE + VIDEO “OUR SOULS WILL NEVER DIE” IS OUT NOW OUT OF LINE MUSIC Indescribably multifaceted, Blutengel present themselves on their current album “Erlösung – The Victory of Light” [...]
8.0