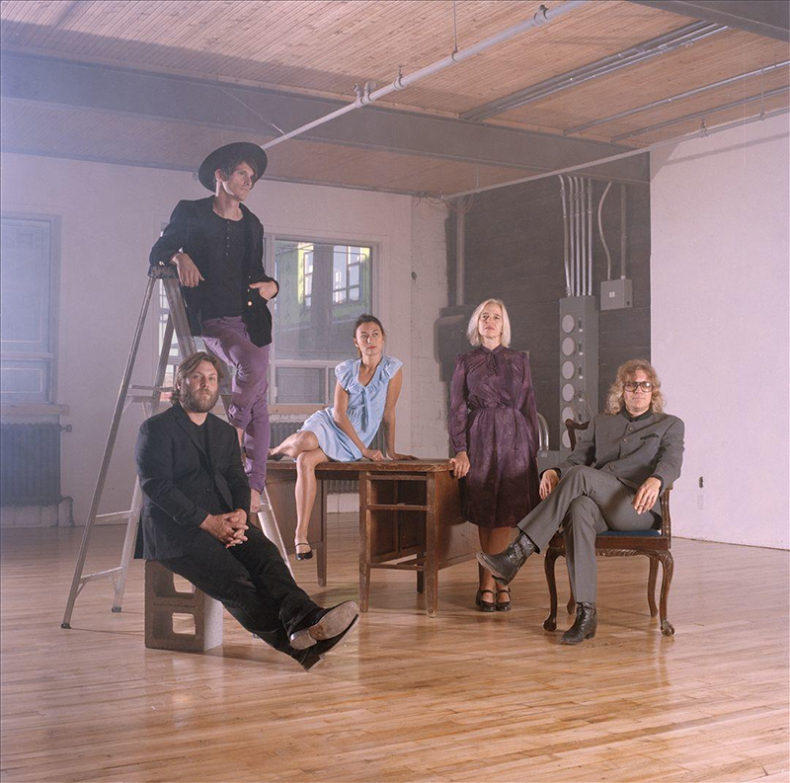 Following the release of the Besnard Lakes’ A Coliseum Complex Museum last year, the Canadian five piece is back with a companion EP, an astral, honeyed 12” with two tracks the band wasn’t able to fit on the record. Today, The Besnard Lakes Are the Divine Wind is available digitally, while the LP will be released on March 3rd.

The Besnard Lakes will also be embarking on a worldwide tour this spring – dates can be found below.

In addition, The Besnard Lakes has released a visual accompaniment to “The Divine Wind.” A creeping, lo-fi aesthetic laden with abstract, colorful psychedelia, the band hit the nail on the head in translating the dreaminess of its sonics into optics.

“Oggy and I have wanted to make a video for a long time. We’ve been shooting and collecting short moving images for quite some time now and this video is kind of the result of that collection. A lot of this imagery was shot up at Besnard Lake (although with the treatment you’d never know it). Originally we wanted to make a video that was a cross between Spiritualized’s “Shine a Light” and Richard Ashcroft’s “Bittersweet Symphony.” We quickly realized this was impossible so we made this one instead. You gotta start somewhere.”

by SPILL NEWS on July 28, 2022
ABIGAIL LAPELL SHARES VIDEO FOR “SCARLET FEVER” | ON TOUR NOW OUTSIDE MUSIC As Abigail Lapell’s tour dates continue this week with stops in Alberta and BC, the acclaimed songwriter is sharing the new animated video for “Scarlet Fever”, a track [...]
9.0

by Ljubinko Zivkovic on April 22, 2022
Abigail Lapell Stolen Time Outside Music What do you usually expect from a subdued singer-songwriter album? A voice and a single instrument? An interesting track or two and a bit of monotony? Sure, that is a problem many singer-songwriters face [...]
8.0

by Aaron Badgley on September 24, 2021
Caroline Marie Brooks Everything At The Same Time Outside Music It is always great to hear an artist who grew up in my home town of Whitby, which is where Caroline Marie Brooks spent her early years and got her start performing with her family [...]