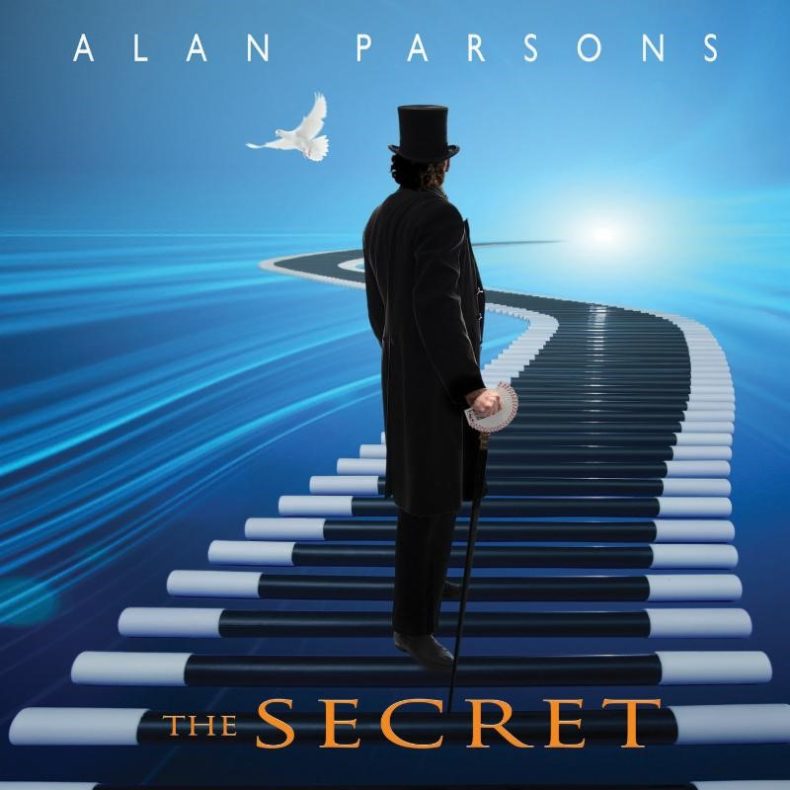 Grammy Award Winning legendary music icon and master of progressive rock, Alan Parsons will return with a new album, “The Secret” on April 26, 2019 via Frontiers Music Srl. Today, the first song from the album, entitled “Miracle”, featuring Jason Mraz on vocals, has been made available. Listen to the track below or HERE.

Of the collaboration with Mraz, Alan says, “I met Jason two years ago through a neighbor who grows coffee on his ranch. Jason wanted to grow coffee himself and our neighbor, Jay was kind enough to introduce us since we had mutual musical interests. For ‘Miracle’, Jason recorded his vocals in Dallas while I listened in Santa Barbara and we sent files back and forth, resulting in this song. Thus proving that you don’t necessarily have to be in the same studio with someone to create music. This was also the case with Lou Gramm on the track “Sometimes”, which he sang in New York.

Mraz adds, “‘Eye In The Sky’ is a song I have a very early memory of, strapped in the backseat of my mom’s green Fiat, 1982. Alan Parsons is on the radio and I’m singing along, harmonizing. That sound of rich harmony over magical words would stick with me for my whole life and ultimately become what my own career is about, trying to solve universal quandaries through song craft.” When Mraz heard “Miracle”, he said, “I loved it. It sounded like a song right off of ‘Eye In The Sky’. As if no time had passed, proving time might just be a construct after all”. Woking with Alan was “[m]agic. Alan is very kind, very creative, and very authentic,” concludes Mraz.

Alan’s longtime hobby has been performing magic and this brand new album showcases his own passion for the craft, hence the title “The Secret.” The album sees a return to the pop rock sound with symphonic and progressive rock interludes which the Alan Parsons Project was known for.

“Magic has always been a passion of mine, I am a member of The Magic Castle in Los Angeles. I’ve also worked with the Japanese magic company Tenyo, writing instruction books and catalogs for their tricks. I dabble with magic myself in my free time, so an album with magical influences was a natural progression”.

Alan’s history in the music business one is a storied and unique one. He was fortunate enough to work as assistant engineer on the last two albums by The Beatles and after he became a fully-fledged recording engineer, he went on to work with Paul McCartney and The Hollies, among many others. But it was his contribution as engineer on Pink Floyd’s classic “The Dark Side Of The Moon” that really got him the world’s attention. That soon led to striking successes as a producer, notably with Pilot’s “Magic”, John Miles’ “Highfly” and “Music”, and Steve Harley’s “Make Me Smile”. He also produced the hugely successful “Year Of The Cat” album with Al Stewart and two albums with American prog rock band Ambrosia.

With his long-standing previous APP collaborators, guitarist Ian Bairnson, drummer Stuart Elliott and orchestral arranger Andrew Powell, Alan dropped the “Project” identity for Alan Parsons’ “Try Anything Once” in 1994. The partnership continued for “On Air” in 1996 and “The Time Machine” in 1999. During this time, the first incarnation of “Alan Parsons Live Project” toured extensively all over the globe. Following Alan’s relocation to California in 1999, a brand new Live Project band was formed in 2003. Another band reshuffle happened in 2010. The current live band consists of Alan on acoustic guitar, keyboards and vocals, P.J. Olsson on vocals, Tom Brooks on keyboards, Guy Erez on bass, Jeff Kollman on guitar and vocals, Danny Thompson on drums, Todd Cooper on sax, percussion and vocals, Dan Tracey on guitar and vocals.

Parsons’ last album “A Valid Path”, a unique foray into the world of electronica, was released in 2004.