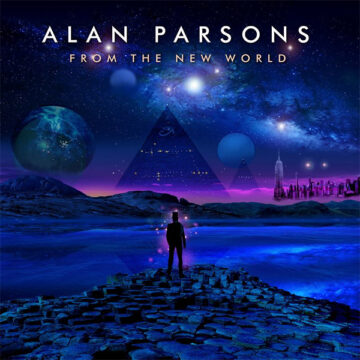 This is a strong album, full of brilliant songs, which are beautifully produced. The guest artists contribute to that sound. Listen to Joe Bonamassa’s solo in “Give ‘Em My Love”, on which he shows great restraint and plays the solo that fits with Alan Parsons. Then spin “Uroboros”, on which Tommy Shaw (Styx) contributes vocals that are perfect for the project. Basically, Parsons creates a very consistent sound with various artists, which he has done so often in the past, both with The Alan Parsons Project and solo.

The different singers throughout are not distracting, and it would seem that Parsons has very carefully chosen what songs fit the vocalist. However, the best vocals on the album, however, come from Parsons himself. “Don’t Fade Now” features his vulnerable vocals and is the high point of the album, and one of the best songs he has ever created. As good as the guests are, one cannot help but wish that Parsons sang lead more often. It is a brilliant song, lyrically and musically. The song, like much of the album, centres on viewing the past, and one’s place in the present.

The album really ends with the dramatic and emotional “Goin’ Home”, which is beautifully orchestrated and quite emotional. It is almost unbearably sad at times as it plays but it is the best way to end the album. Oddly, it is followed by the last track on the album, a cover of “Be My Baby”. Perhaps to lighten the mood following such a heavy song, perhaps to push the point of reminiscing. It is a bit jarring after “Goin’ Home”, which is just incredibly moving. I can’t think of any other songs Parsons has covered. It is an interesting choice.

Although the album is titled From The New World, lyrically and musically it is not the case. This album seems to be filled with Parsons looking back and writing music in which he feels the most comfortable. Again, this is not a bad thing. From The New World is could almost be considered the best album The Alan Parsons Project never recorded. But that does not take away from the brilliance of the album. It is also not instantly accessible and actually gets better with each listening.

This album from Mr. Parsons is certainly welcomed. His last solo album (The Secret) was three years ago and although the live albums have been great to hear, he is much better in the studio. From The New World is an important album, and one of the finest albums Parsons has done as a solo artist. Older fans of The Alan Parsons Project, will be surprised by this album and it may win some of the older fans over to his new, solo music.