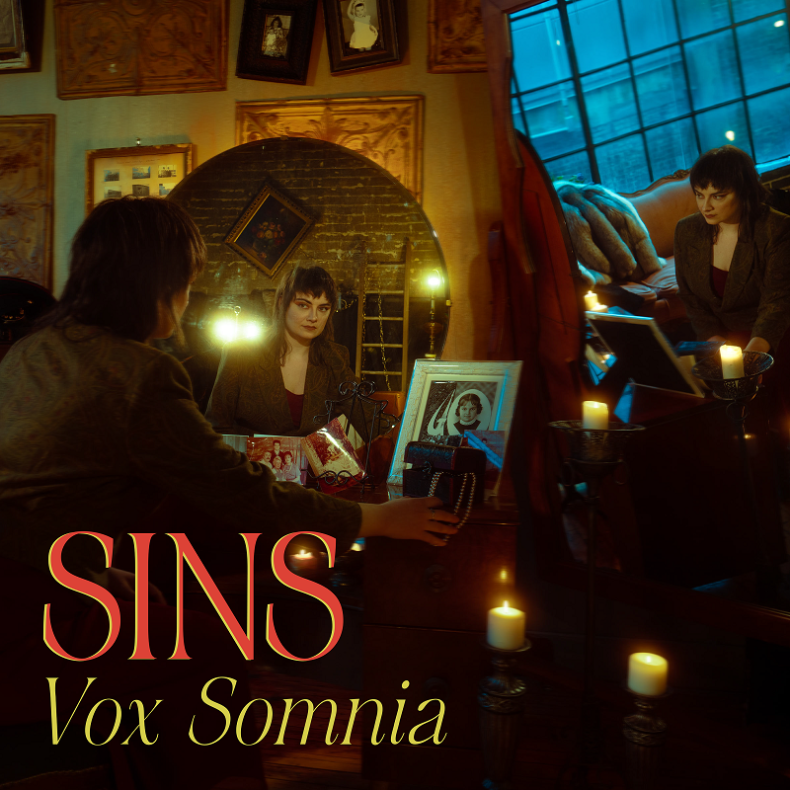 Vox Somnia are an Art Rock duo from Toronto that include influential elements of Goth, Shoegaze, Dreampop and Ambient Pop.

“Sins” is the newest single from Art Rock duo Vox Somnia. The song explores the generational trauma of growing up in Soviet era Ukraine and lead vocalist Anna Navrota’s personal history, being born in Kyiv around the time of the Chernobyl disaster. These memories coupled with the unfortunate yet timely occurrences surrounding the present climate in the area prompted introspection and reflection that resulted in the pair’s most recent release. The duo released their debut record The Broken Light EP to an overwhelmingly positive response in 2018. In that time, they have had their work broadcast on CBC Radio, a nationally syndicated true crime podcast, and their live show made them a regular name on the Toronto festival circuit, even making it to the semi-finals of Indie Week at The Mod Club in 2019. After a short creative hiatus, they are now working on their second record, starting with the release of their new single, “Sins”.