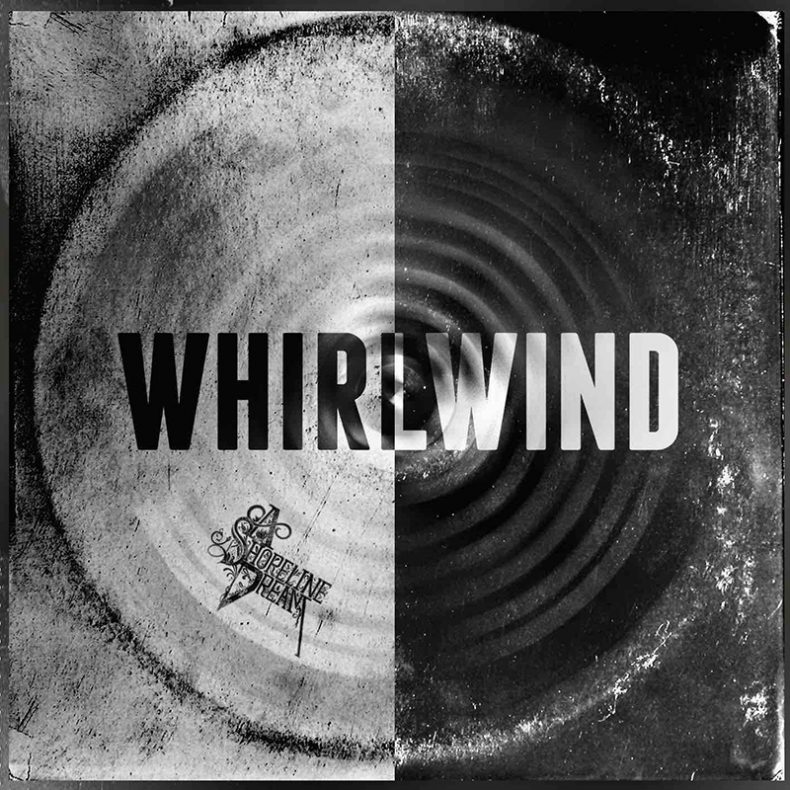 “It is not light that we need, but fire; it is not the gentle shower, but thunder. We need the storm, the whirlwind, and the earthquake” – Frederick Douglass

Today we present the premiere of the forthcoming single, called ‘Whirlwind’, from one of Colorado’s more celebrated indie rock bands – A Shoreline Dream.

This is the third single from their unfolding anticipated album, which the band is releasing on a song by song basis until the time that it is completed. It follows on the trail of two other recent well-received singles – ‘Revolvist’ and ‘Time is a Machine Gun’, as well as ‘The Silent Sunrise’ album not long before that.

‘Whirlwind’ is a cyclical chant-laden layered track underlining the severity of the changes continually occurring around us and the seeming phenomenon of time and events continually speeding up throughout our short lives.

What may be light on lyrics (“Do this and do that. It’s all in your way” being the core of the text) is made up for by being heavy on resonance – not only is this a fantastic immediately catching track, but it even sounds like it could be a lost track from the Bauhaus archives.

With a rich history of composing, recording and touring with electronic music legend Ulrich Schnauss, the band has also had their fair share of CMJ college radio station charting. A Shoreline Dream originates from the town of Barnum, near Denver, made famous as the home of P.T. Barnum’s circus empire.

While the band has gone through several line-up changes over the course of their decade-long career, today A Shoreline Dream are Ryan Policky and Erik Jeffries.

“This single literally came at a time when so much horrible stuff was going down, and was almost self medication subconsciously being administered. The perfect soundtrack to life not playing out as exactly as hoped,” says ASD frontman Ryan Policky.

Latenight Weeknight Records will release ‘Whirlwind’ via Bandcamp on September 2, but it is already available for pre-order.