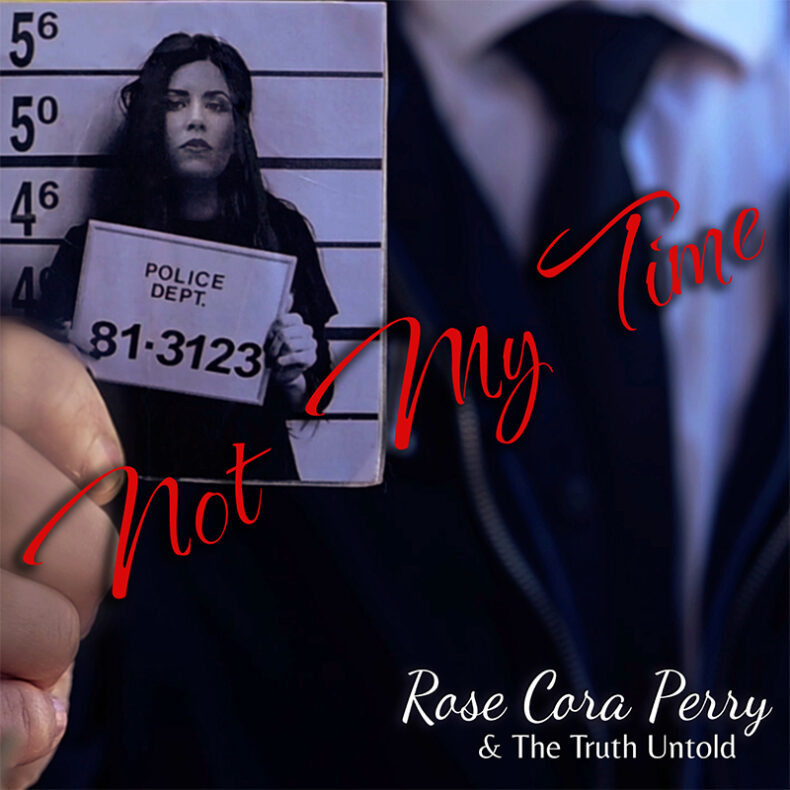 ROSE CORA PERRY & THE TRUTH UNTOLD – “NOT MY TIME”

Rose Cora Perry has never been shy about making statements: whether it’s through her raw and relatable lyrics, mental health advocacy or thought-provoking music videos. Her band, The Truth Untold’s latest banger, “Not My Time”, unapologetically tackles the pandemic head on, speaking to those who have both physically and psychologically taken a toll these past two years.

Written directly following Perry’s own triumphant battle against the virus, the song strongly exclaims in no uncertain terms, it’s “not” her “time” to die and she means it both in the literal and metaphoric sense.

Like so many fellow artists, due to border restrictions, social distancing and the like, The Truth Untold was forced on an unintended hiatus since 2019. What’s worse is that they had just released their debut EP that November with plans for their first ever European tour…only for the world as they knew it to be cancelled.

Admittedly, Perry says this was a dark time for her – not only as a result of being isolated from her loved ones and unable to fulfill her artistic expression, but further because she suffered personal losses through the death of her only brother, a lifelong friend and her beloved 17 year old Siamese cat, who was appropriately named after Smashing Pumpkins’ bassist, D’arcy Wretzky.

But as she has long demonstrated throughout her varied career, Rose Cora Perry is resilient. Whether as the fiery guitar-wielding frontwoman of one of her rock projects (ex Anti-Hero and HER) or the delicate singer/songwriter who pulls on your heart strings, Perry continues to spread a message of hope by turning her sorrows into songs.

Troubled by the growing divisiveness created by opposing covid views, the band’s video calls its viewers to question “which of the facts are true” and whether there’s a “truth” that’s not being “told”, a clever play on the band’s name.

The storyline follows a FBI agent’s (played by co-founder/drummer Tyler Randall) pursuit of the elusive “Smoking Gun” (depicted by Perry), a controversial 1984-inspired conspiracy theorist whose mission it is to spread doubt, disruption and the questioning of authority figures.

As Perry maintains, “there are – at least – two sides to every story and the truth is there – somewhere in between.”

The band is clear about not taking sides nor villainizing either party. They do however want listeners and viewers to think for themselves, understanding each and every one of us has our own “truth”. What is yours?

Purchase “Not My Time” HERE