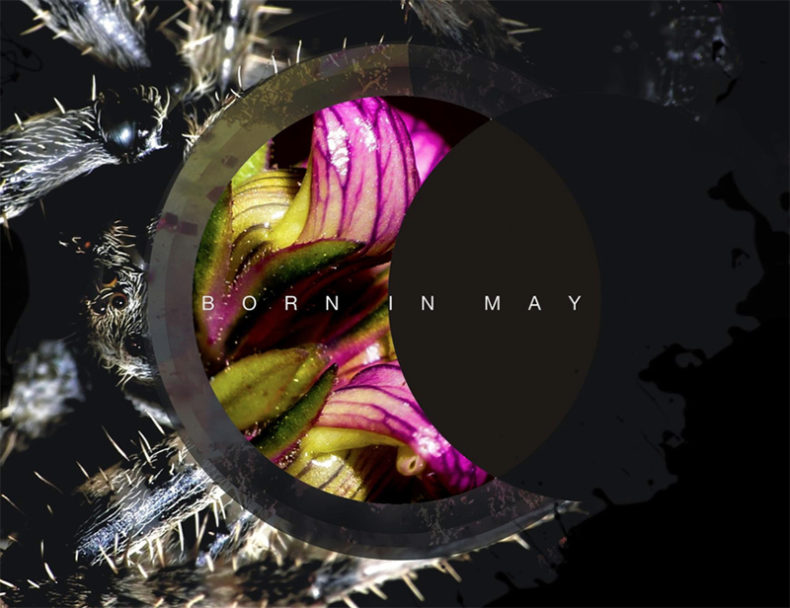 OFFICERS – “BORN IN MAY”

Born in May will be available from the 26th May 2017 with striking artwork which continues their collaboration with contemporary British artist Stuart Semple.

OFFICERS creative heartbeat consist of Jamie Baker and Matthew Southall who write, record and produce the band’s music and videos. The band are based in Leeds and Manchester.

Following the release of the band’s debut album, ‘On The Twelve Thrones’, OFFICERS embarked on two celebrated tours with electronic music pioneer Gary Numan, forming a strong friendship that led to the penning and releasing the C.A.L.M. charity-supporting single ‘Petals’ together on the bands own label (hitting No.2 on the German airplay singles charts), and collaborating on various remixes together.

OFFICERS have written and recorded tracks for TV and Film including for ‘The Blacklist’, ‘The Finder/Bones’, ‘Scrubbing In’ and ‘BBC Earth’. The band have remixed, toured and collaborated with artists such as Placebo, and Linkin Park.

The band are Official Ambassadors for the mental health charity the Campaign Against Living Miserably (C.A.L.M) and work with the charity on a number of awareness raising events and campaigns each year.

“Born In May has greater depth than our previous work, as do the 30+ tracks we’ve now accumulated – It’s all quite cinematic. The lighter sides have more neon, and the darker sides feel more hypnotic and malevolent. We’re more confident in what we do, and we’ve got better at what we do. The people we’ve worked with and things we’ve learnt over the last few years has all helped to inform that. Getting it to fit on an album and put it out coherently in the traditional sense though became a challenge, and we agonised over that.

That’s why we’ve taken so long to put new stuff out. It’s time to relinquish that anxiety a bit and just let people hear the songs, so we plan to put them out one at a time. People listen to music in a completely different way now, so hopefully, discovering new music from us regularly is something that new and existing fans will look forward to discovering.”