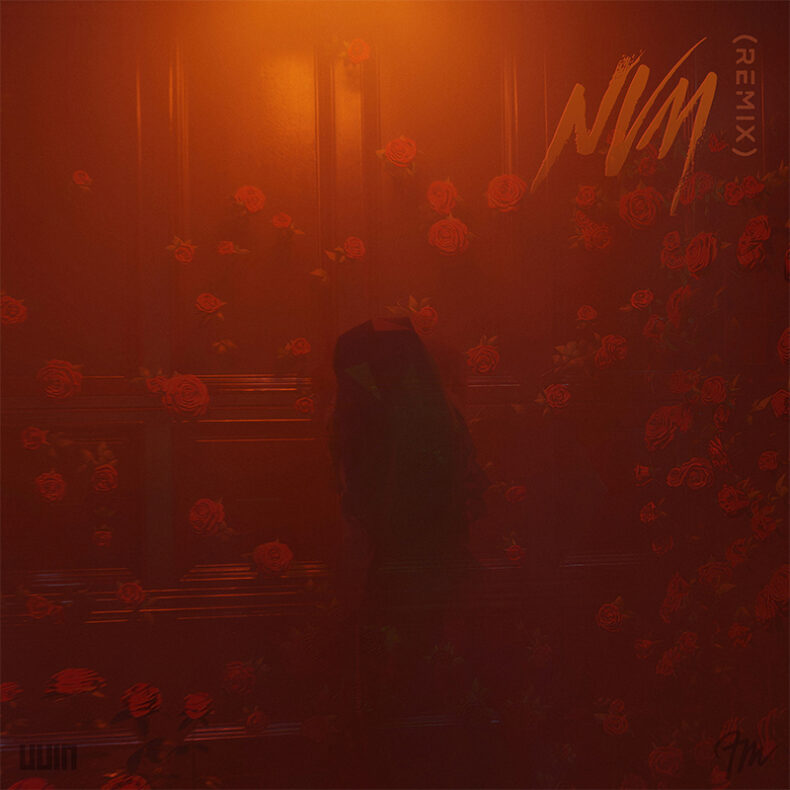 Throughout the history of music, it has not only been the fun rock n’ rolling times that have inspired songwriters, but also the dark spells… And by spells, these are not necessarily always fleeting. Sometimes they are full-on and constant – depression and mental health have only recently started to be openly spoken about and addressed in this generation, so how could that not also affect songwriters across the board.

Today we introduce you to an artist whose songwriting is deeply rooted in the multiple happenings, feelings and queries that run through the mind of a teenager. Not surprising, since she got her start with fully produced songwriting at the age of 13, having performed locally well before that. Now based in Los Angeles, alternative pop dream-weaver Faith Marie is about to release her new single “NVM (Remix)” and we are, in turn, here to bring that to our own audience.

While catchy and somewhat chilled, this version of her original composition “NVM” is about the author’s own personal struggles to move forward. While indie pop is her usual realm of music, Faith’s vocals lay so nicely on a bed of electronica – they, so to speak, embrace each other in a perfect fit with lyrics that are notable because they speak the truth. They are convincing and evoke empathy for not only the vocalist, but the whole of Generation Z. Faith Marie is carrying the sound and message of these dark times, conveyed in confessional first-hand narrative.

A true gem among young singer-songwriters, Faith Marie is an artist to watch for the rest of 2022-23 as she has already prepared a whole string of releases to come following this. Namely, listeners can expect her to release a new EP, titled “More Than I Am”, sometime in early 2023, the lead track of which will be released before the end of 2022.

Her first new release since May of 2020, this remix follows nearly a dozen singles released to date. From her early years dabbling in music as a family-oriented hobby through to her move to L.A. and beyond, Faith Marie has always written music she says comes from her subconscious.

“I wrote this song when I had a very difficult time grasping my mental illness. I felt very alone and as a timid young girl, it felt as though I couldn’t talk to anyone about it, and so this song became the first of many expressions of my ongoing struggles with mental health. A producer from London was inspired by the song and he’s responsible for the new musical direction of the remix,” says Faith Marie.

Originally from Provo, Utah, this clever dynamic singer-songwriter began developing her skills at the age of 13, launching a successful YouTube channel that would attract over 100,000 subscribers over the next five years. Her first singles included the moody piano ballad “Antidote”, the orchestrally adorned “Little Girl” and the electronic-laced “Devil on My Shoulder”, each of dealing with themes of struggle, anxiety, and hope.

The “NVM (Remix)” came to fruition through a collaboration with UUin, Inc., a media boutique company/creative agency focused on curating and creating original content, this new offering brings her trademark orchestral pop closer to the electronic realm.

Producer and UUin Inc. label head Amyn Bhai explains: “While working at a local label in Los Angeles, I came across a performance video of Faith at a local venue called The Velour, which her dad had posted on YouTube. Soon after, we began working together. She was 13 when we started working together. She traveled back and forth between LA and Utah during her teens while we worked on developing a sound and songwriting. Once we felt confident that we had a song and a direction, we recorded and posted a performance video of her cover of Bring Me The Horizon’s “Drown”.  That got a lot of visibility. We followed that up with “Antidote”, an original she wrote and produced.”

Faith Marie’s “NVM (Remix)” will be released via online stores, including Apple Music and Bandcamp.  However, we also recommend digging through her discography, all available via Spotify.

While you’re here, why not also enjoy some of her earlier-released gems: