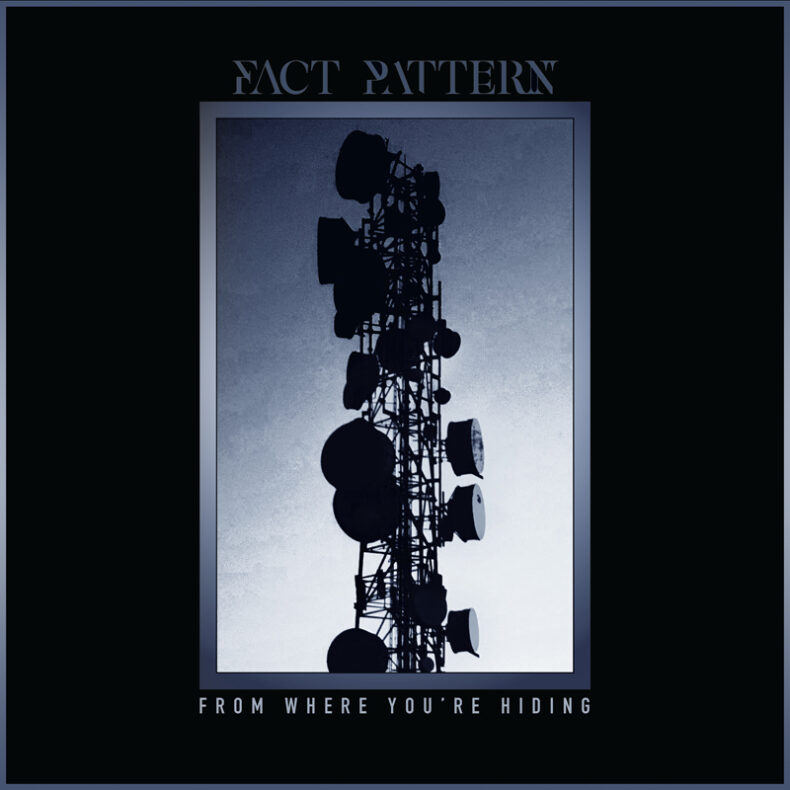 The third and final video from our latest EP, From Where You’re Hiding, “Retail Therapy” confronts the inner voices urging people to indulge further and further into superfluous possessions in the name of aggressive capitalism. Instead of working to heal our insecurities and a societally-imposed sense of inadequacy, it urges us to seek a quick fix intent on self-improvement. The delusion may initially satisfy our cravings, but eventually the false exterior deteriorates.”

“Somewhere between the traditions of Skinny Puppy and Type O Negative, Fact Pattern finds a disquieting and uneasy way to express their feelings of being at odds with the world. Breeding a mixture of heavy guitars and bass with metallic samples and lush keyboards, Fact Pattern creates a sonic palette accompanied by mechanical beats and crushingly rhythmic drums. Originally launched
in the early 2010’s by Ian Flux, Fact Pattern has undergone a series of iterations. Culminating in the 2017 EP, Structures. Then shortly thereafter, they entered a new chapter as a fully realized three piece outfit with the debut full-length release of Fallen Language in 2019.

Now with a new EP titled From Where You’re Hiding”, out on Re:Mission Entertainment, Ian Flux (vocals, guitars, keys, and programming), Jack Lowd (bass, vocals), and Corey Hirsch (drums) are further refining and re-designing their sound. Injecting more melody and increased harshness as a means of musical catharsis. Inspired by cinema, true crime, science, and history, there is no shortage of subjects to populate the lyrical landscapes of the forthcoming batch of Fact Pattern material.