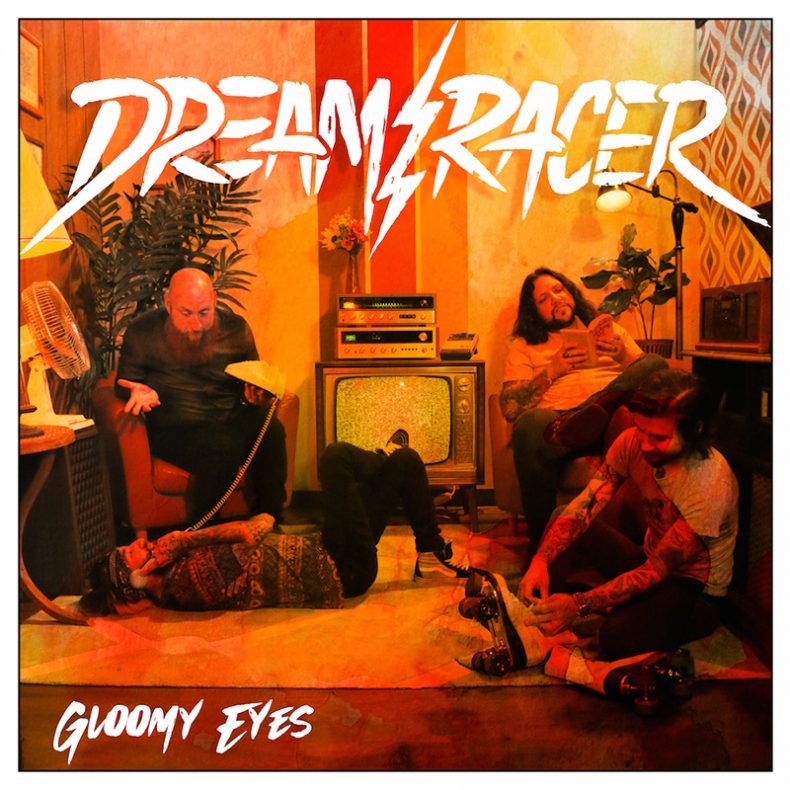 Pop punk’s golden age in the 2000s will either evoke happier memories of summers at Warped Tour or crushing nostalgia over how far removed we are from Drive Thru Records’ heyday, but both feelings are passionately felt on Dream Racer’s upcoming debut EP, Gloomy Eyes. Formed from California and Florida pop punk scene lifers, Dream Racer came together in the pandemic out of a breaking point for singer Robert Rodello as his family and career pulled him further from the California punk community that served as a surrogate family for him growing up.

“Coming into 2020, life had me extremely overwhelmed, which brought me to a tipping point and I knew I had to break free,” recalls Rodello in a press release. “I hit my ‘fuck it’ moment, which led me to going out and buying an acoustic guitar. That day, I felt madly inspired from my roots of being a punk kid and my veins began pumping with passion to play music again.”

Today, Spill is proud to premiere the title track and opener of Gloomy Eyes, a charging, anthemic slice of pop punk that clearly serves as a moment of emotional release for the band, captured on record like lightning in a bottle.

“‘Gloomy Eyes’ is a song about the struggle of being pushed away from the things and people you love the most while focusing on the brighter days ahead even in the midst of one’s most melancholic times,” Rodello tells Spill about the single.