Live Reviews
299
previous article
SPILL ALBUM REVIEW: THE HARPOONIST & THE AXE MURDERER - APOCALIPSTICK
next article
SPILL NEW MUSIC: DEACON BLUE ANNOUNCE THE RELEASE OF ‘LIVE AT THE GLASGOW BARROWLANDS’ AND NEW SINGLE "I WILL AND I WON’T" FROM 'BELIEVERS’ ON MARCH 31 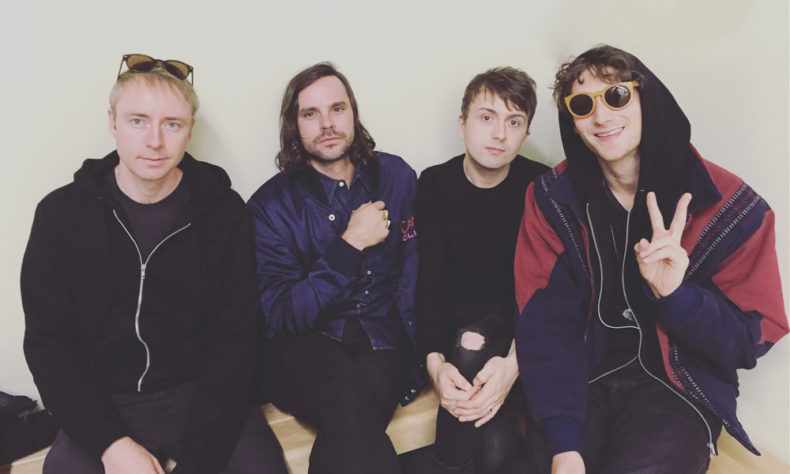 While the West coast native Zolas hail from Vancouver they are a familiar sight around Edmonton. Since last March they have visited the city three times bringing fresh tunes, energy, and personality to whatever venue they play. To round out their Canadian Spring Tour ’17 The Zolas were treated to a packed house at one of the city’s most cherished venues.

Within the aged halls of the historic Starlite Room, The Zolas embarked on a one and three-quarter hour set. Throughout their energetic performance, they played songs dating back to their earliest releases and even some newer material including the titular tracks of their 2012 album Ancient Mars and their 2016 album Swooner. Much to the crowd’s excitement they also included a brand new, yet to be released song titled Ultramarine that explored themes relating to modern connectivity and the potential joy of isolation.

One of the highlights of the evening came right at the end of The Zolas’ set when frontman Zachary Gray waded into the audience and requested that they “bathe me in your connectivity.” The resulting glow from dozens of mobiles eerily illuminated the room as he led fans in a passionate rendition of “Escape Artist.”

Even after their lengthy set, The Zolas still provided excitement for fans as the entire band made their way towards the bar to meet with fans both new and old.

The Zolas have yet to let Edmonton down. Whether they are playing an intimate set for a radio station, entertaining a small crowd in a basement, or headlining the Starlite Room with Louise Burns in tow, they always put on a genuinely exciting show that always seems to improve.

I am an Edmonton based musicophile and photographer who loves experiencing music whether it's live or on my turntable. I play seven instruments and go to a lot of concerts.
RELATED ARTICLES
edmontonlive reviewthe starlite room