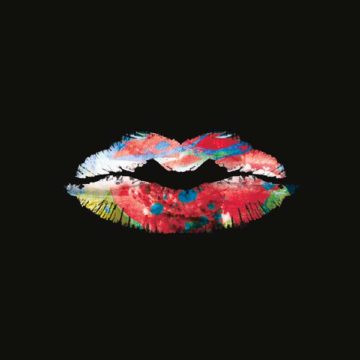 Shawn Hall and Matthew Rogers, aka The Harpoonist & The Axe Murderer respectively, are back with their fourth LP since their self-titled release in 2008. The well-anticipated follow-up to their 2014 release, A Real Fine Mess, Apocalipstick is a blues-rock album that will have you out of your seat and praising the music.

While officially a duo, The Harpoonist & The Axe Murderer are accompanied by very talented musicians such as keyboardist Geoff Hilhorst (The Deep Dark Woods), drummer John Raham (The Be Good Tanyas), and singers Alexa Dirks (Begonia), Dawn Pemberton, Andrina Turenne, Ben Rogers, Ricardo Khayatte, Khari Wendell McClelland, and Erik Nielsen. Together, they create a raw, polished-gritty sound that will bounce around your head for hours after the disc stops spinning.

The first track, aptly named “Get Ready”, pushes you out of the nest and into a feeling that can only be described as the open road. A feeling reminiscent of those summer road trips where it’s just you, the music and the road ahead. The crunchy drive of the harmonica carries you along this musical road-trip to your destination, but not without giving you a chance to take in the sights along the way.

There is a certain flow of soulful energy throughout Apocalipstick, whether it’s the distorted wail of Shawn’s harmonica or the siren calls of Dawn, Andrina, and Alexa’s soul-chilling vocals. The gospel-like up-tempo tracks such as “Pretty Please”, “Promises, Promises”, and “Marianne (20,000 Acres of Moonlight)” elicit the urge to get up and dance, while bluesy, almost haunting tracks like “Forever Fool”, “Fragile”, and “Father’s Son” will have you closing your eyes to really take the sound in. I thoroughly enjoyed this album and strongly recommend it if you’re a blues-rock fan. To take sentiment straight from “I’m Back”, parts of the album made me feel like ‘I was lifted from the ground’.

Born in St. John's, Newfoundland. Live in Edmonton, Alberta. I play guitar, drums and harmonica and just generally love music. I love playing it, writing it, and just being a part of it. Photography is also a huge part of my life and I'm glad to have found a way to combine my passions.
RELATED ARTICLES
album reviewsforever foolget ready
8.0