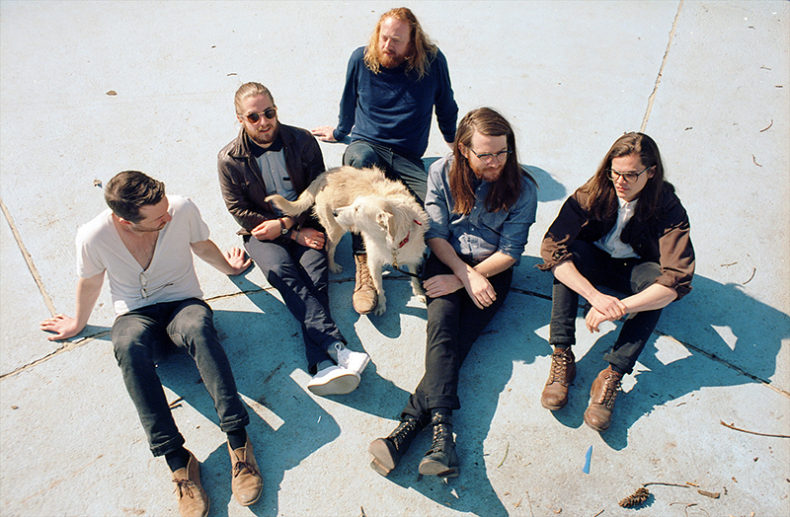 The show, which was held in benefit of Romero House, saw the band playing two hour-long sets for friends, family, and fans as an array of musical guests joined them on stage throughout the night.

I showed up early to the small centre, but it was already buzzing by the time I arrived with people waiting in the foyer to get into the show, mixing with a group in karate uniforms on a break from practicing in the gym on the upper floor of the diversely utilized building. Inside the show’s cathedral-like venue – a large open space called the Great Hall – the wood-paneled walls were lit with string lights, and rows of chairs filled the room pointing towards a stage in the front. The perfect atmosphere for a holiday show was set before a single note of music had even been played.

The band took the stage after about 45 minutes of mingling with the crowd and opened with a beautiful rendition of their song “Child of the Valley”. As frontman Gavin Gardiner’s voice and acoustic strumming was met by the rest of the band – particularly the masterful playing of the band’s violinist Edwin Huizinga – it became clear why the band chose 918 Bathurst as the venue for the show. The sound filled the high-ceilinged room with a beautiful force perfectly fitting for a seated and intimate holiday concert.

After another calming performance, this time of “North Dakota”, off the band’s debut album When Lost at Sea, they picked up the tempo with a roaring performance of “Saturday Night”.

Gardiner was the perfect front man, dancing around the stage as he played song after song and joking with the crowd between them. He even coolly played off a minor technical difficulty with an anecdote about a power outage at a Tom Petty concert.

A few songs into the first set, the band invited friends Shaun Brodie and Tom Richards to the stage to accompany them for a few songs, where the pair played trumpet and trombone respectively. Gardiner remarked that the holiday show, where they can invite their friends to play with them, is one of the few where the band gets to play certain songs that require a more full ensemble.

The Wooden Sky debuted some new songs early in the set, in turn debuting a new, bold direction in electric sound for the traditionally folk, acoustic driven band. 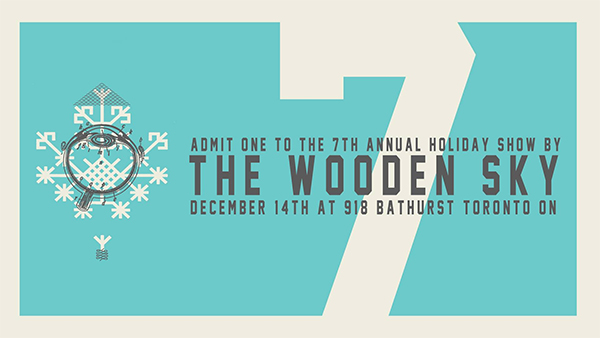 After about an hour, the band took a break where they continued to mix with the crowd and greet fans, but not before a crowd-capturing violin solo from Huizinga, who performed one of his favourite pieces from an album he recorded in Big Sur, California.

The break between sets could have been 15 minutes or it could have been an hour; I couldn’t tell because I was too busy taking a photo with a freaky yet endearing homemade doll that sort of resembled Santa Claus – the “Crossways Mall Santa,” as Gardiner jokingly called the prop. Show-goers could have their photo taken at a Polaroid photo booth set-up on one side of the room for $3. If fans weren’t feeling that, they could have their portrait painted instead, grab a surprisingly reasonably priced $5 beer or glass of wine at the bar, or even sit for a tarot card reading – and the proceeds from all of this fun went entirely to Romero House.

The second half of the night was kicked-off by Dave Cerenzia, an intern at Romero House, who delivered a great speech about the charity that really brought into focus the importance of the event. The music began again as The Wooden Sky were joined by Jenny Mecija on violin, Anissa Hart on cello and Rachel Cardiello on viola for a few songs. The guests kept coming for the rest of the set, as Toronto musician Lowell Sostomi joined the band for multiple songs at different points of the set, and Casey Mecija took the stage, backed by The Wooden Sky and her sister, Jenny Mecija, to perform her track “Palms Lose” off her solo album Psychic Materials.

The show was a perfect coming-together of friends, family, dedicated fans, and good feelings – all the needed ingredients to make a perfect holiday show – and that was only night one.

Jacqueline Tucci is a journalist in Toronto. She’s new to Spill, but has been interviewing bands and writing about music since she was a teenager. You can almost always find her on the web, in record stores, or in bars looking for new and exciting local music.
RELATED ARTICLES
918 bathurstedwin huizingagavin gardiner

by Jacqueline Tucci on December 9, 2016
LET’S BE READY AN INTERVIEW WITH GAVIN GARDINER OF THE WOODEN SKY When Gavin Gardiner and his bandmates in The Wooden Sky gathered a group of friends in a cozy [...]