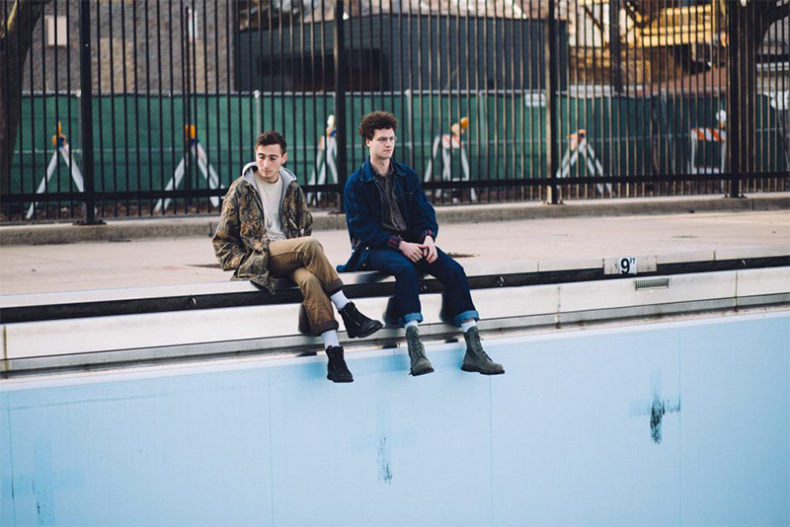 Whitney is a bit of a surprising band. At this time last year they hadn’t even released their debut album and now they are headlining sold out shows and festivals across the globe. Their country and soul infused psychedelic pop has taken the indie-rock scene by storm and only seems to be building in momentum.

For this successful band’s return to Edmonton, they were greeted with a sold out show in The Needle Vinyl Tavern. Throughout their set, Whitney performed songs from their album Light Upon The Lake, their recent single, “You’ve Got a Woman,” and even some unreleased material that excited their fans. At one point they even played an unfinished song that is tentatively titled “Rolling Blackout.”

While on stage, all members of Whitney seemed quite comfortable and perform with an almost casual attitude. This relaxed state allowed drummer/frontman Julien Ehrlich to interact with the audience and fellow bandmates with ease. Led by guitarist Max Kakacek and Ehrlich, Whitney, this is a collection of exceptionally talented musicians. Solos from Kakacek, Malcolm Brown on keyboards, and brass player Will Miller quickly altered songs from their recorded versions and often extended songs into complex jams. Musically Whitney was fascinating as they combined bouncing piano, roaring horns, and Ehrlich’s distinctive vocals into a harmonious medley.

Tagging along for Whitney’s tour is singer/songwriter Helena Deland who presented very charming, heartfelt songs in a quiet solo performance. While she is a talented musician in her own right, her calming style didn’t fully mesh with the atmosphere of the room and was displaced by conversations.

If Whitney’s most recent performance is any indication, they still have a lot of interesting music to share. Their energetic and genuinely passionate live presence is wonderful to see and shows a lot of promise for this relatively new band.

I am an Edmonton based musicophile and photographer who loves experiencing music whether it's live or on my turntable. I play seven instruments and go to a lot of concerts.
RELATED ARTICLES
edmontonhelena delandlive review