Live Reviews
63
previous article
SPILL NEWS: AN EVENING WITH PETER HOOK & THE LIGHT "JOY DIVISION: A CELEBRATION" NORTH AMERICAN TOUR LAUNCHING AUGUST 11 IN TORONTO
next article
SPILL FEATURE: I LIKE THE IDEA OF BEING INCLUDED IN A PART OF SOMETHING, MORE THAN MAKING MYSELF THE FOCAL POINT - A CONVERSATION WITH JUSTIN WARFIELD OF SHE WANTS REVENGE 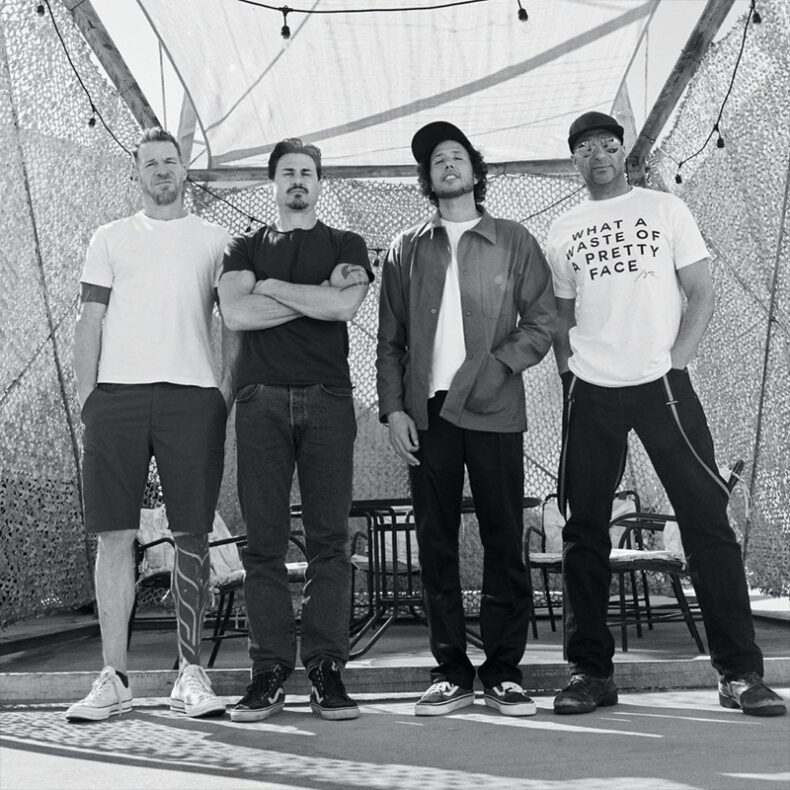 RAGE AGAINST THE MACHINE w/ RUN THE JEWELS

When news broke of a full Rage Against The Machine reunion tour broke in early 2020, it looked like we were headed for a truly incredible year. Now, after a two-and-a-half-year delay, the Public Service Announcement Tour is in full swing as Rage Against The Machine and show openers Run The Jewels took the stage at Toronto’s Scotiabank Arena for the first of two dates on Thursday, July 21.

Opening with “Close Your Eyes (And Count To Fuck)” – a track that not only features Zack de la Rocha, but also heavily samples his vocals for the beat – the cult rap group Run The Jewels took the stage. The rap duo consisting of Killer Mike and EL-P were backed by Trackstar The DJ who added live effects and scratched over the backing beats for the course of their explosive set. For roughly forty minutes, the rappers put the led out with some of their most aggressive and energetic songs, most of which came from their most recent album, RTJ4, released in 2020, and the fan favorite, Run The Jewels 2. With songs like “Blockbuster Night, Pt. 1”, “Walking In The Snow”, “Legend Has It”, DJ Shadow’s “Nobody Speak”, “Just”, and “Yankee And The Brave (Ep. 4)”, Run The Jewels proved their worth as one of the most exciting rap groups of the last decade. The duo took just a moment to slow things down with the emotionally charged closing track, “A Few Words For The Firing Squad (Radiation)”, walking off as the instrumental outdo blared over the speakers, there was something powerful, chilling even, about hearing the wailing tenor sax of Cochemea Gastelum’s play out over an empty, but foggy stage. Were they opening for anyone else, Run The Jewels would have upstaged any headliner with their furry alone, even as they took moments to joke between songs and dance across the stage, there was no doubting their bite. 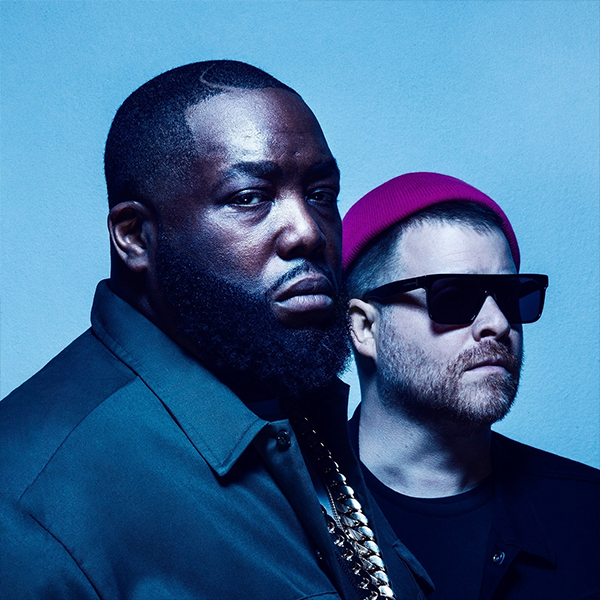 Watching the four members of age Against The Machine – guitarist Tom Morello, drummer Brad Wilk, bassist Tim Commerford, and the elusive vocalist Zack de la Rocha – was surreal. While there had been a handful of small reunions over the last two decades, there was never a true tour of the magnitude of the Public Service Announcement Tour. As they walked on stage to the sound of ambient noise rock recorded for the tour, they were almost drowned out by the thunderous applause from the nearly sold-out audience. The band kicked into “Bombtrack” as de la Rocha took a seat center stage on a road case. Having injured his leg on the second night of the tour, he remained seated for the entirety of the night with a cast, and despite this, he remained one of the most ferocious vocalists with an all-powerful presence. The band as a whole remained incredibly tight; just as they were in the ‘90s and early 2000’s, Rage Against The Machine is one of the tightest and most hard hitting bands as they perform with funk sensibilities underscoring their scorch earth bombast. Morello’s and Commerford’s waves of distortion, wahs, and digitally effected screeches sounded perfectly curated as “Bombtrack” led into “People Of The Sun”, and then the quintessential “Bulls On Parade” – truly a knockout combination.

With the set divided into acts, separated by provoking visuals on the massive screen behind the stage, the band’s minimalist setup was refreshing and allowed for the music and political messages to speak for themselves. When not displaying images of police armed with dogs and drones, body cam and protest footage, or minorities attempting to flee oppressive forces, the screen simply showed the band as they performed through the set. The use of colored and strobing lights added to the immersive performance that was nothing short of massive. Performing their biggest hits – “Sleep Now In The Fire”, “Testify”, “Know Your Enemy”, “Freedom” – their set included a number of deep cuts that felt just as essential, such as “Wake Up”, “Down Rodeo”, and “War Within A Breath”. To choose a singular moment of greatness feels impossible as Rage Against The Machine barreled through their discography with deadly precision; this was a sonic assault of incendiary fashion. The night came to a close with “Killing In The Name” which erupted into the deafening mantra with set the ‘90s ablaze: “fuck you I won’t do what you tell me”. To hear this build up, sung along with over 10,000 people was simply unreal.

To say this was surreal is an understatement; after all, it wasn’t a stretch to think that this show would never happen. With expectations and hype building monumentally, it is incredible to have watched Rage Against The Machine return in a manner that surpassed all the hype naturally built up of over twenty years in the making. Without the frills of modern concerts – dynamic visuals, pandering to social media trends, even an encore – Rage Against The Machine delivered a masterclass in performance that was nothing short of exhilarating. Ultimately, the Public Service Announcement Tour will go down as one of the best shows this year; one which you’ll never forget – Rage Against The Machine is one of the greatest concert experiences you’ll see.

Rage Against The Machine Links

A passion for music has always been a part of Gerrod’s life. As a young boy, he was raised on a steady diet of the music from The Chili Peppers, Aerosmith, The Stones, Prince, and others from his mum. Raised in the GTA, Gerrod continued to foster his love for music by attending a wide range of concerts and learning the drums. His unapologetic passion for music has no bounds and has spread to a wide variety of styles, whether it be the 90’s rock that sound tracked his teenage years, the jazz he studied in university, or his newfound love for hip-hop. He recently received his bachelors in music and education from York University and is passionate about writing and reviewing good (and less than good) music. Gerrod is also the drummer and songwriter for a Toronto based rock & roll band, One In The Chamber.
RELATED ARTICLES
live reviewrage against the machinerun the jewels

by Meryl Howsam on June 28, 2022
SMOKEY ROBINSON @ MERIDIAN HALL, TORONTO JUNE 28, 2022 Smokey Robinson needs no introduction, but allow me to give it a try. He is an iconic singer, songwriter, producer, [...]