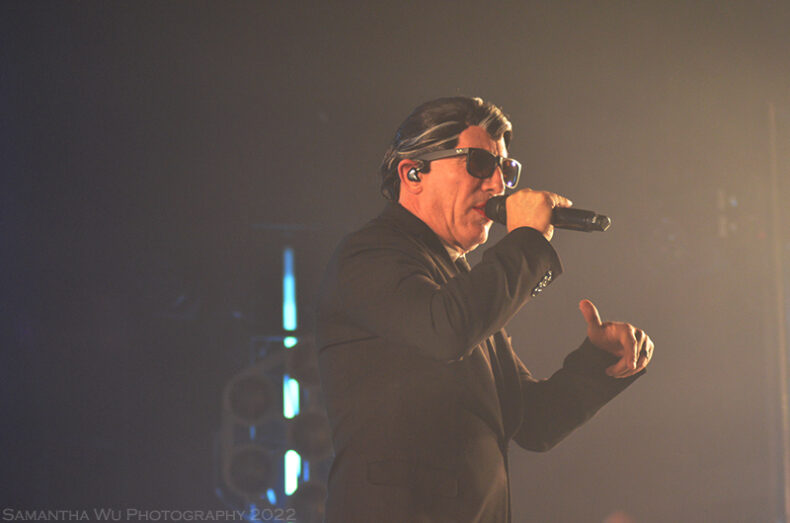 Maynard James Keenan, mastermind and lead vocalist for powerhouse rock outfits Tool and A Perfect Circle, has brought his third project, Puscifer, to Toronto’s Queen Elizabeth Theatre in a highly anticipated concert two years in the making. Promoting their latest release, Existential Reckoning launched in 2020. The performance they delivered was a multi-faceted sumptuous feast of sights, sounds, and extraterrestrial encounters to be consumed in three acts.

Before the show began, it was very important to establish a few rules with the audience, namely that photography or video recording was strictly prohibited. Cell phones away, everyone! To enforce this particular rule, the performance began with a video message featuring Keenan as his persona Agent Dick Merkin discussing the wonders of the processed mystery meat staple Spam. The mystery behind the mystery meat would be revealed to anyone caught on their phone during the show.

Puscifer’s performance is a textbook definition of a band that leans into a gimmick to praise worthy effect. The gimmick in question here is a direct nod to Men in Black, with Maynard and the band dressed in black suits and sunglasses throughout the show while alien beings made appearances throughout. During the three acts, the band’s responses to these alien beings evolve from hostility to acceptance and friendship. One of these apparent alien beings appeared in the photo pit during the opening of the show dressed as an everyday human before he was caught and carried away. 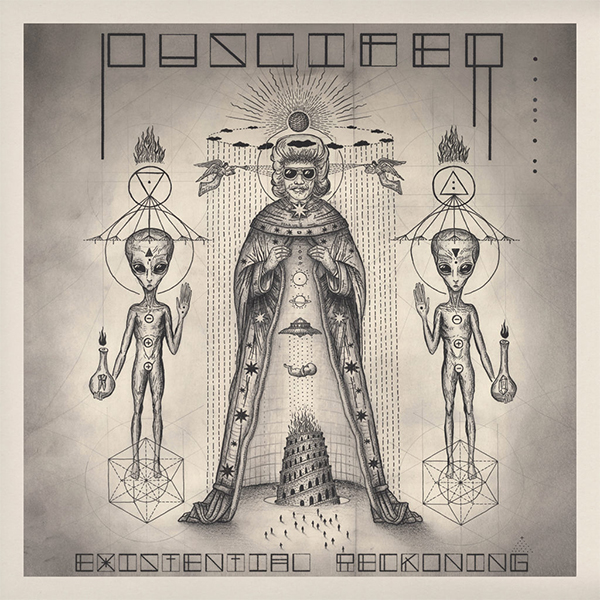 As this tour is meant to promote Existential Reckoning, they opted to perform nearly the entirety of the album with a few other classic tracks scattered throughout. For some who favoured classic Puscifer, this turned out to be a disappointment. Some personal highlights would be when they performed two of their older songs “Momma Sed” and “Humbling River” in the second act, though “Humbling River” was also performed as a remix rather than the original album version. Personal mileage would definitely vary depending on what fans anticipated in this performance – as Existential Reckoning was released during the thick of the pandemic, it would stand to reason that many people didn’t get the chance to truly embrace the new material as they have done with the classics. Tone wise, the new album is also moodier and more introspective, which often translates to ‘slower’ than their previous offerings.

Speaking of the performance as a whole, it was great to watch the band’s interactions throughout, in particular between Maynard and singer/guitarist Carina Round. As an almost comedic duo, her presence was there to help rein in Agent Dick Merkin and bring him back to earth, so to speak, when he would go off on a tirade. Of course, watching her and the rest of the band react to these alien beings crashing their stage was quite fun. Round and Maynard’s use of microphone harnesses attached at their waists was a unique addition to the performance.

Additionally, the video interludes played between each act also made for a memorable performance – in particular Dick Merkin’s rant about aliens taking over Hollywood hopping between celebrity hosts in order to stay young and relevant. This paved the way for a delightful self-deprecating joke about Keenan’s lack of musical talent.

Overall, as someone who didn’t have the opportunity to see Puscifer or any of Keenan’s other bands perform live in the past; this was a unique and memorable experience. Yes, it would have been great to see more of Puscifer’s classics worked into the set but I didn’t find this performance unenjoyable. With the alien story, the music as a whole, even their strict anti-cell phone policy ensuring the crowd would be focused on enjoying the show rather than capturing it, the performance made for an entertaining night.

Samantha is both a writer and a fan of the arts and has been able to find numerous ways to pair the two. Eager to dive head first into writing for Spill, Samantha is an avid partaker and reviewer of live art in Toronto serving as an editor at Mooney on Theatre exploring live local theatre, she's a photojournalist for Go Globehopper, a travel, dining and tourism blog that focuses on Toronto and abroad and previously for Lithium Magazine. She's passionate about music, theatre, photography, and writing -- not necessarily in that order. She drinks tea more than coffee, prefers ciders over beers, and sings karaoke way too loudly. You can follow her on various social media including Facebook, Twitter, and Instagram.
RELATED ARTICLES
a perfect circleexistential reckoninglive review