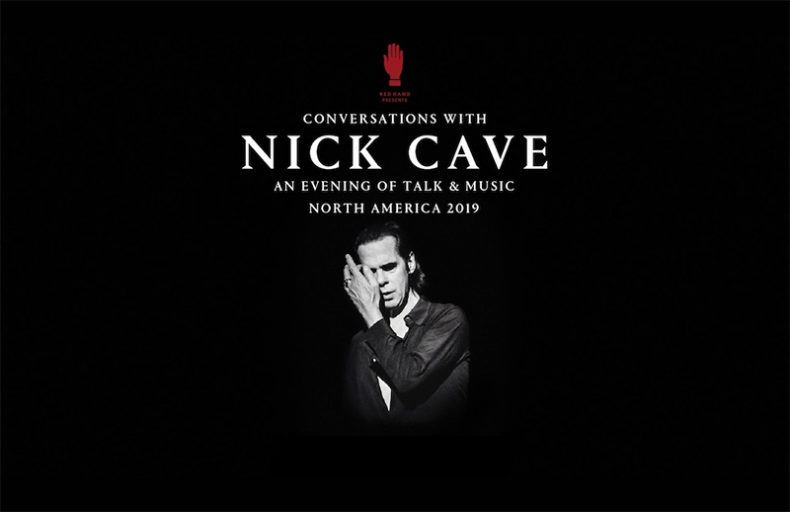 Nick Cave brought his “Conversations” tour to Toronto at Convocation Hall tonight. Billed as an evening of talk and music, it was an intimate affair with the singer-songwriter opening himself up for an unfiltered, visceral, and sincere Q&A session.

It was a sell-out, with only 1,730 seats inside the Hall located on the University of Toronto’s campus.Cave emerged from behind a midnight blue curtain in a dark suit with long, slicked-back hair. He dove straight into a stripped-down version of “God Is in the House” to kick things off.

With the lights dimmed, Cave crooned “The Weeping Song” and “West Country Girl.” All the songs were piano-only renditions since Cave was unaccompanied by a band. He pulled mostly from his catalogue with the Bad Seeds, but made time for two covers: Leonard Cohen’s “Avalanche” and Jimmy Webb’s “Where’s the Playground Susie?” The crowd remained absolutely silent during the performances, only applauding afterwards.

At this point, the floor was opened to questions. The audience was reluctant at first, but after Cave fielded the first few, the ball got rolling, and hands eagerly shot up. Ushers with microphones were on-hand, scrambling up and down the aisles. Cave sauntered around the stage, picking people out with an outstretched finger and then listened intently, even when they started stumbling or rambling on for a little too long. 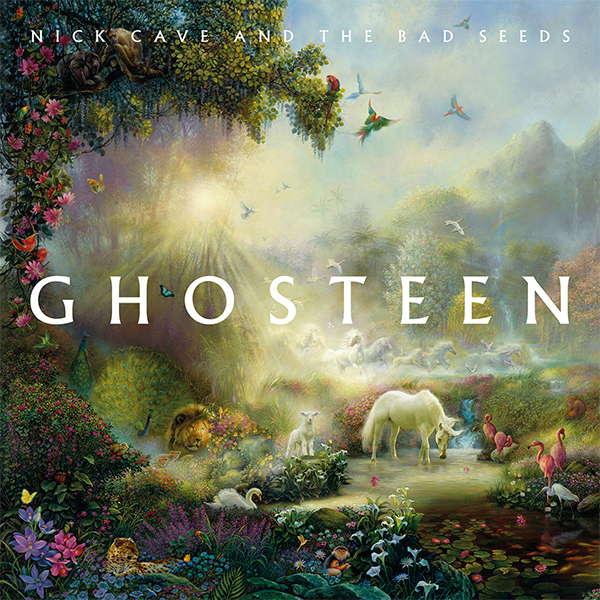 The discussions serve as a jumping off point for Cave to regale the crowd with fascinating insights from his own experiences and observations—riffing on the subjects of grief, forgiveness, and Christmas shopping; Iggy Pop, Elvis, Snoop Dog; on writing and creativity; his past and current collaborators; love and heartbreak.

The exchanges vary: one man, a musician, who died and was resuscitated while performing a Tom Waits set, now seeks advice on tackling stage fright. A woman asks about the upcoming album with the Bad Seeds, Ghosteen, but Cave refuses to spill the beans. “I signed a non-disclosure, but it’s awesome,” he says. Another female fan from South America tells of her favourite song, “Far From Me,” and asks Cave to play it for her. He complies. Much of the set-list now—including “Into My Arms” and “Brompton Oratory”—is comprised of requests.

It’s not all doom and gloom, however. There’s also a fair bit of comedy involved. Yes, as a matter of fact, Cave works the stage with the impeccable timing of a seasoned comic to turn down some of the more absurd requests and inject much-needed levity into the room.

Near the three-hour mark, Cave gave us one last emotional thrust with “Jubilee Street,” “Palaces of Montezuma” and “Skeleton Tree.” The crowd broke into a standing ovation, because even though it dragged on at times, there was still nothing like the experience we all had the privilege of sharing tonight.