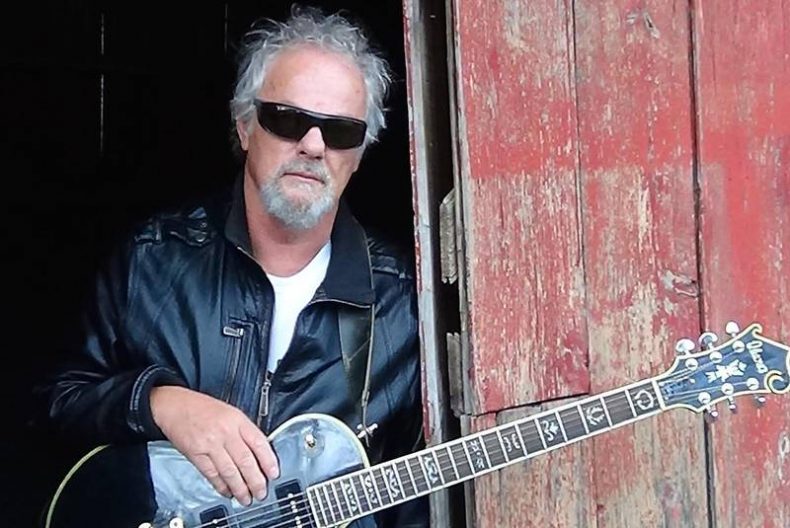 Never mind the age-old question of whether or not white men can sing the blues. M­ore importantly — ­can mature rock stars pull it off? Fans and friends of Myles Goodwyn, late of April Wine, gathered at Hugh’s Room Live to watch the man in action. Goodwyn was in town to promote his second collection of blues music, Friends of the Blues 2. It was a respectable-sized crowd for a Monday night, in the Toronto venue best known as a listening room, with its clear sightlines and well-balanced sound.

The band started things off with a spirited rendition of the Stevie Ray Vaughan instrumental “Scuttle Buttin’”, after which Myles Goodwyn took the stage. They were about to kick into “Goin’ Down” when Goodwyn’s guitar went dead. After a bit of delay, the issue was rectified, and the band was off and running. Such an issue at the top of a set might have thrown off some performers, but these cats bounced back quickly.

Moving easily between standards like Howlin’ Wolf’s “Killing Floor”, second-generation blues like Jesse Winchester’s “Isn’t That So”, and Goodwyn originals such as “I Hate To See You Go (But I Love to Watch You Walk Away)”, this band was incredibly tight. Expert drumming and bass by J.R. Smith and Bruce Dixon (respectively) set the pace and kept the bottom nailed down. Stunning keys work by Ross Billard added just the right feel and colouring, and Warren Robert’s lead guitar took the music to a whole other level. 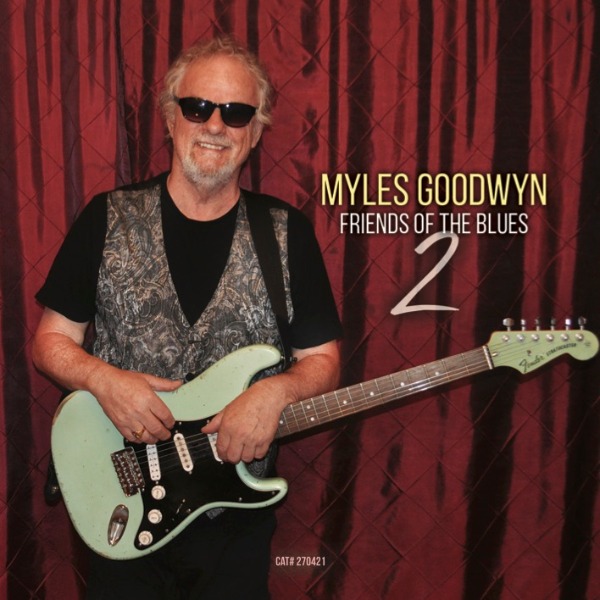 FRIENDS OF THE BLUES 2 ALBUM REVIEW

On the topic of his playing blues this late in his professional career, Goodwyn addressed the issue head-on. He stated that while he is not a blues musician, he was inspired by the late Jeff Healey, with whom he once played in Montreal. It was after that experience that Goodwyn devised his Friends of the Blues concept, of a songwriter who wanted to write blues songs and find his blues voice. Goodwyn also comes by this music honestly, relating stories of loss and poverty while growing up in Nova Scotia.

As a guitarist, Goodwyn approaches his work simply. Though he can hold his own as a soloist and a rhythm player, he generally leaves the heavy blues lifting to his bandmates. This was most obvious when he invited additional friends to the stage. Guitarist Jack de Keyzer, saxophonist Richard Thornton and blues harpist Roly Platt ­– award-wining blues players, all – joined the band for a blistering mini-set of blues standards and Goodwyn-penned originals. Closing off this guest spot was the classic crowd-pleaser, “Sweet Home Chicago”.

Goodwyn and band took the crowd through a few more originals from his new album of songs rife with hooks and lyrical double-entendres. Tunes were interspersed with tales which described the songs’ inspiration, as well as some of Goodwyn’s self-deprecating humour. The tone of the evening was loose and relaxed, as if it were just some friends getting together for a Monday night jam. The special guests re-joined the band for the encore (Goodwyn’s own “Daddy Needs New Shoes”), trading off brilliant solos, which did the song and the artist proud.

For fans who grew up listening to the music of April Wine, it was initially strange to hear this iconic voice of rock singing the blues. But this music suits Goodwyn like a well-worn pair of shoes. His voice fits very well in this genre. A fellow audience member, not familiar with Goodwyn’s famous band, remarked that the artist should have been singing blues songs years ago. We can be happy that he’s singing them now. As to our earlier question – can mature rockers sing the blues? Damn right, they can.

Bryan Williston has been involved in music since he was a young child. A veteran singer, songwriter, and music educator, Bryan has enjoyed playing a multitude of musical genres in a variety of outfits, over the years. Bryan lives in Whitby, Ontario.
RELATED ARTICLES
april winelinus recordslive review
7.0

by Aaron Badgley on October 25, 2019
Myles Goodwyn Friends Of The Blues 2 Linus Records Last year Myles Goodwyn released a hugely successful album, Friends of The Blues. On it, Goodwyn explored his first love and [...]

by Aaron Badgley on March 8, 2018
HAPPY TO SING THE BLUES A CONVERSATION WITH MYLES GOODWYN Where does one even start when writing about Myles Goodwyn? He has been a huge presence in the music [...]
8.0