Live Reviews
2
296
previous article
SPILL TRACK OF THE DAY: PLANTS AND ANIMALS - "NO WORRIES GONNA FIND US"
next article
SPILL NEW MUSIC: WE ARE SCIENTISTS ANNOUNCE NEW ALBUM 'HELTER SELZTER' PLUS US SHOWS 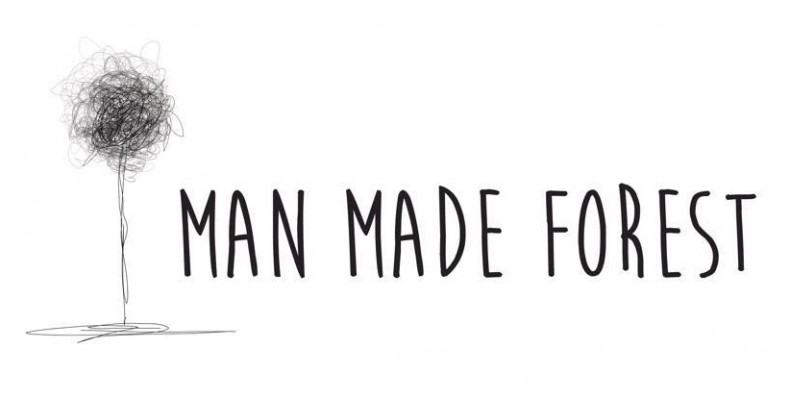 I feel at home inside the warmth of the Legendary Horseshoe Tavern. It’s (hopefully) one of the last cold winter nights we have to endure, and the bar is like a familiar old fireplace, popping and crackling hello and radiating warmth. It’s like the “Cheers” of Toronto’s indie music scene, except here everyone tends to forget your name; and you thought Norm had a drinking problem.

On stage Man Made Forest is getting ready to play; an expansive percussion kit, woodwinds and a KORG keyboard promise to lend texture to their performance. The comfortably-sized crowd is chatting amongst themselves in groups; everyone seems to know one another. This is probably due to the fact that lead singer/songwriter Kevin Ker has nurtured and sculpted an enthusiastic scene in his hometown of Markham; their fans have followed them here.

Ker is standing stoic, acoustic guitar in hand, smiling only occasionally, and his mood matches the temperament of the music. Man Made Forest makes the kind of music that pulls you in and doesn’t let go. The hooks come slowly or sometimes not at all, and that’s fine. This is clearly music made for the sake of making music. Songs like “An Asteroid will fall to the Earth In Three Days Time (We will not survive)” start to rock and grind a little heavier, and provide a place for drum prodigy Justin Dillon to display his chops, but the real hallmarks are songs like “6:00 News;” brooding, poetic, and sometimes disturbing insights into life on planet Earth.

Man Made Forest is a man-made band; clearly the product of Ker’s musical mind, but working together as one. There is a kinship between band members that keeps the vibe interesting and each individual is integral and talented. Backup vocals, keys and occasional flute lick provided by Sarah Fazackerly weave in and out sometimes undetected, but in a good way; as lead singer for “Mayfly’s Landing,” Sarah has a powerful voice at her command, but the musicianship to provide tasteful texture to the songs of Man Made Forest.

Casting itself as “Indie-Folk-Noise,” I fail to hear the noise. There are definitely noises, yes, but every sound has its purpose and its place in the music. Led by Ker’s ever-present acoustic guitar, the music ebbs and flows in a very organic way, and the noises are to the music as a weed is to an herb. Just another name for something that adds flavour to the soup. Despite the darker side of some of Ker’s lyrics, which I appreciate, Man Made Forest leaves you with a warm and cozy fuzziness in your bones. Thanks guys, on a cold late-winter night, I can definitely use the warmup.

GLR
My My
Way of Ghosts
Further Away
Fortress
6:00 News
Your Bones

James Stefanuk has an unbridled passion for good original music. He has been involved in the Toronto Indie scene for over a decade, and currently fronts the Alt-Blues band 'Jim Dan Dee'. In his spare time James plays with his Australian Shepherd 'Indie', drinks bourbon on the rocks and writes about himself in the third person.
RELATED ARTICLES
live reviewman made forestthe horseshoe tavern